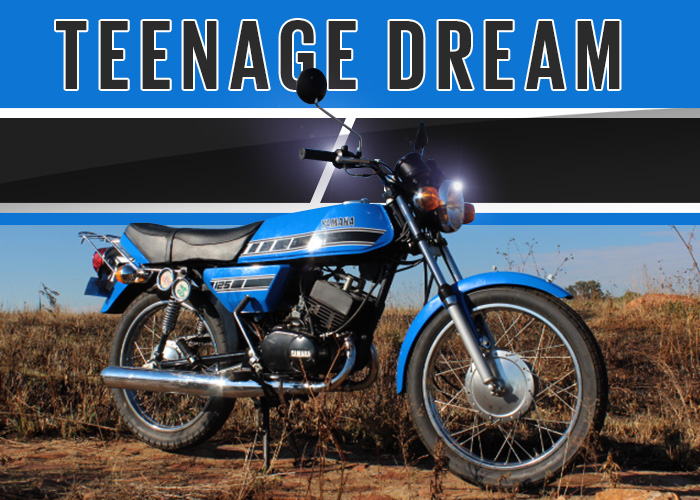 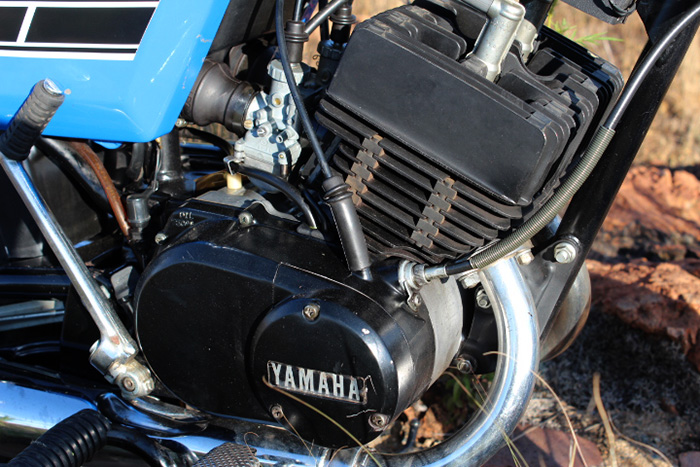 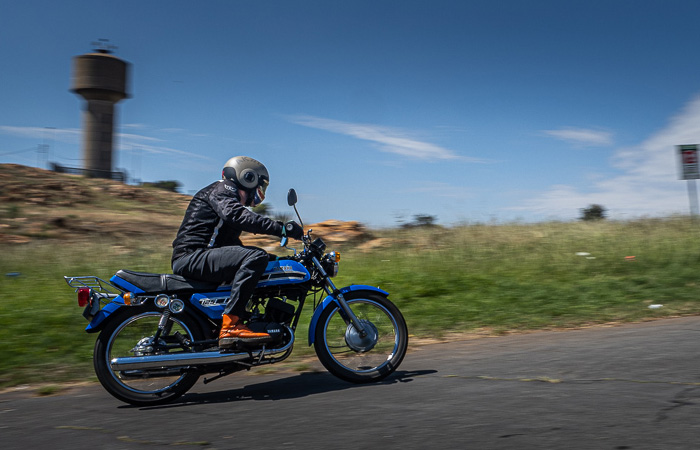 Heading the choice of the funky little ‘smokers’ were Yamaha with their peaky twin-cylinder 125s derived, so they say, from their race winning 125cc GP bikes from that era. 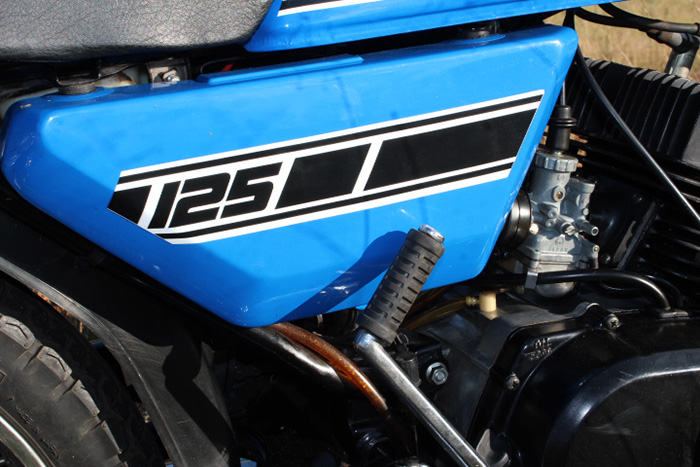 It all started in 1974 when the first road version, with the pear-drop shaped petrol tanks appeared, then in 1976 this style arrived with the ‘coffin’ shaped tank. Obviously, frowning mothers didn’t want to hear that as they signed the obligatory finance forms, unless your dad was a rich dude. 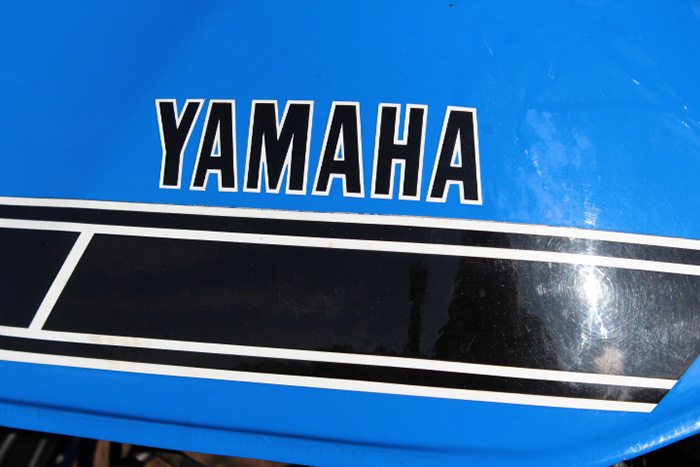 Still, they were never that expensive as the engineering was rudimentary to say the least. Under that 11.5-litre ‘coffin’ tank is an air-cooled, 124cc, parallel twin, with reed-valve induction producing a claimed 16hp@8,500rpm and 13Nm, sending that to the back wheel through a five-speed gearbox. Everything a teenager would desire to throw him/her to a claimed top speed of around 130km/h on their hyper-light 115kg new toy. That is until ‘they’ began to ‘modify’ the engine and subsequently punch a hole through a piston, or sometimes both, but that’s another story. 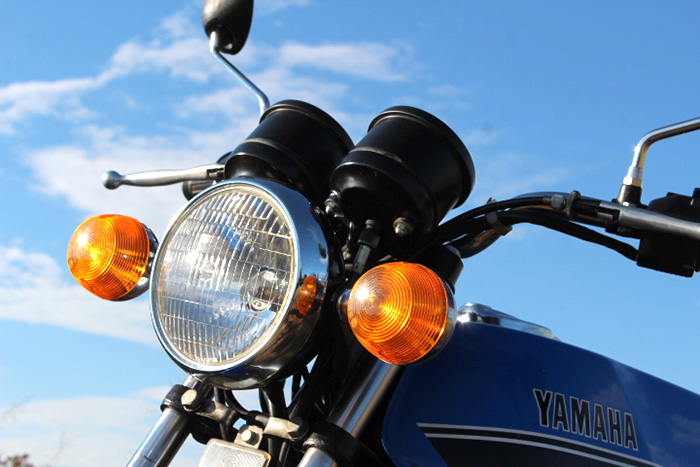 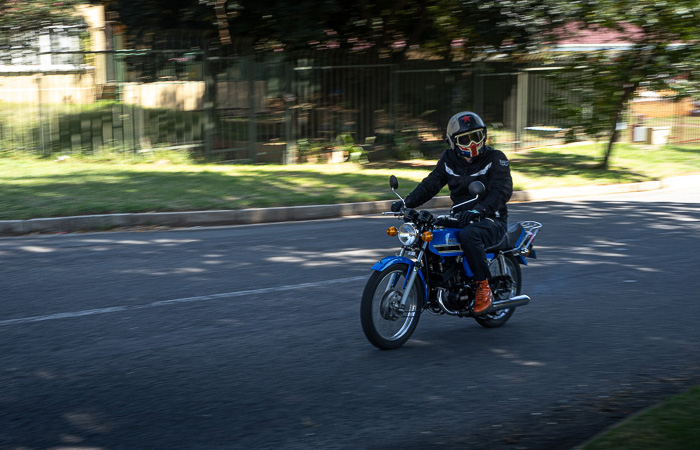 This 1978 RD125 we have here though is a pristine and totally original example with only 5,500km on those memorable twin-clocks, which were used on all Yamaha’s RD range from 125 to 400. It was recently uncovered in the back of a garage and hasn’t been registered since 1985, which now proudly sits in Noddy’s shed from Bikeworx, where we do all of our dyno testing, lucky bast’ indeed. 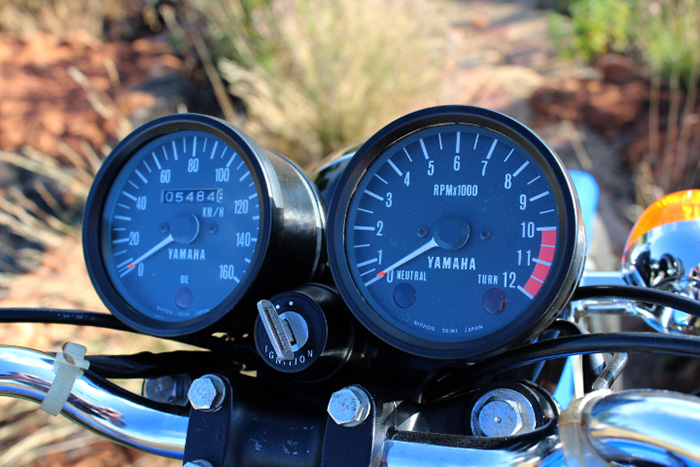 I’d be proud to own this little beauty as well, and to ride it feels exactly as I remember back in 1978. The dimensions are tiny compared to today’s motorbikes and it requires quite a lot of vicious clutch action to get it off the line. Nothing really happens below 8,000rpm until its pipes clear, and then you’re rewarded with a cheeky surge of two-stoke screaming thrust, well sort off, as you dance through the sweet gearbox trying to keep it on the ‘boil’. Not an easy task, but anyone of my age remembers those antics with fond and moist memories. Not forgetting the delightful niff of two-stoke oil burning in the breeze, tremendous fun on all counts. 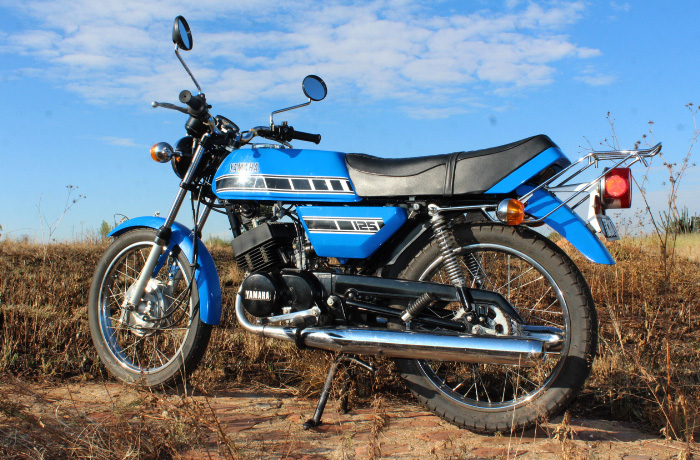 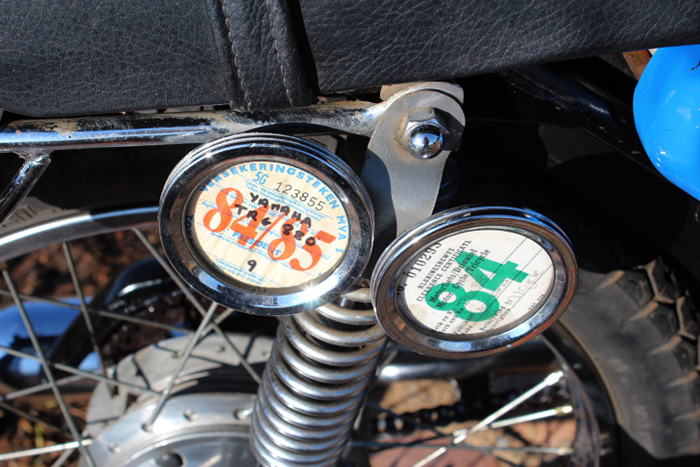 Whilst I was revelling in the cute power delivery I also noticed how taught the chassis felt, of which I came to learn is also a direct descendent of the Yamaha GP race bikes design team. Still, it was sturdy enough to carry your 50kg girlfriend around in the late seventies, which is a rare thing (50kg) in today’s world with the burger eating, phone addicted girls of our modern society, well the majority of them anyway. 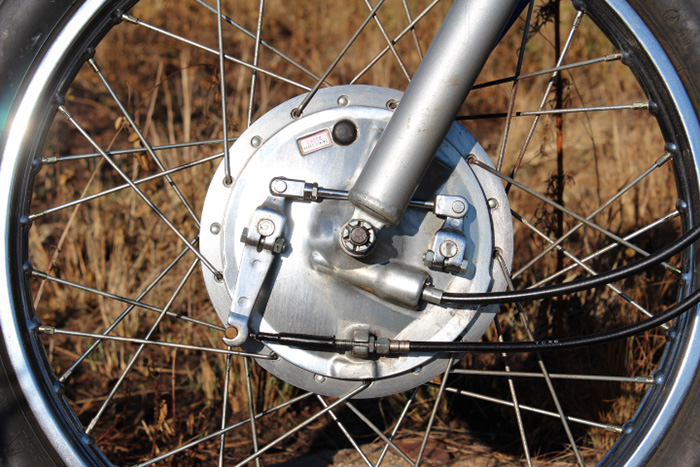 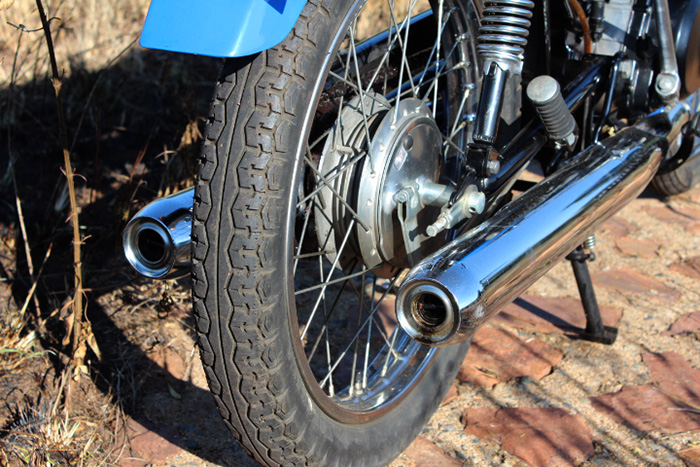 Anyway, I had a charming time with Noddy’s 125 acquisition and he told me it will never be for sale and I can’t blame him, would you sell it? So, for now just enjoy our images, have a glass of wine, and slip back into the seventies, which for me were the best years to thrive in. 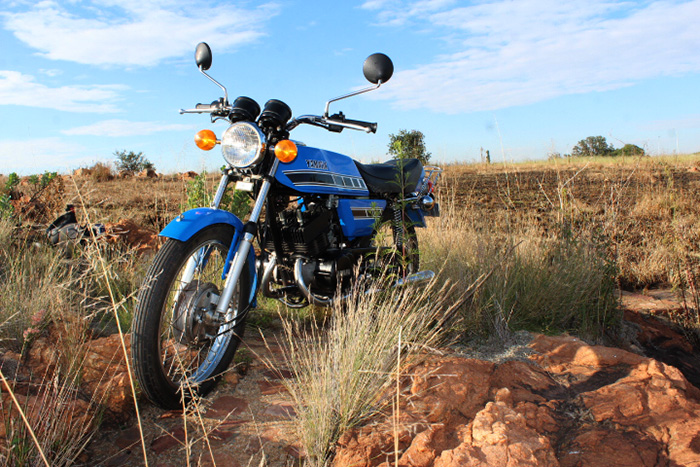