A BLOND AT WORK

A young blond girl in her late teens, wanting to earn some extra money for the summer, decided to hire herself out as a "handy woman" and started canvassing a nearby well-to-do neighborhood. She went to the front door of the first house and asked the owner if he had any odd jobs for her to do.

"Well, I guess I could use somebody to paint the porch. How much will you charge me?"

Delighted, the girl quickly responded, - "How about $50?"

The man agreed and told her that the paint and brushes and everything she would need were in the garage.

The man's wife, hearing the conversation, said to her husband, "Does she realize that our porch goes ALL the way around the house?"

"That's a bit cynical, isn't it?" he responded.

The wife replied, "You're right. I guess I'm starting to believe all those dumb blond jokes."

A few hours later the blond came to the door to collect her money.

"Yes," the blond replied, "and I even had paint left over so I gave it two coats."

Impressed, the man reached into his pocket for the $50 and handed it to her along with a $10 tip.

After a night of drink, drugs and wild sex, Jim woke up to find himself next to a really ugly woman.  That's when he realized he had made it home safely.

Seven wheelchair athletes have been banned from the Paralympics after they tested positive for WD40.

ITS A BOY" I shouted "A BOY, I DON'T BELIEVE IT, ITS A BOY". And with tears streaming down my face I swore I'd never visit another Thai Brothel!

In the first few days of the Olympics the Romanians took gold, silver, bronze, copper & lead.

A boy asks his granny, 'Have you seen my pills, they were labelled LSD?' Granny replies, f**k the pills, have you seen the dragons in the kitchen?

Wife gets naked and asks hubby, 'What turns you on more, my pretty face or my sexy body? 'Hubby looks her up and down and replies, 'Your sense of humour!

The wife's back on the warpath again.
She was up for making a sex movie last night, and all I did was suggest we should hold auditions for her part.

I've accidentally swallowed some Scrabble tiles. My next crap could spell disaster.

My sister-in-law sat on my glasses and broke them. It was my own fault. I should have taken them off.

I spent a couple of hours defrosting the fridge last night, or "foreplay" as she likes to call it.

After both suffering from depression for a while, me and the wife were going to commit suicide yesterday.
But strangely enough, once she killed herself, I started to feel a lot better.
So I thought, "Screw it, soldier on!"

I woke up this morning at 8, and could sense something was wrong. I got downstairs and found the wife face down on the kitchen floor, not breathing! I panicked. I didn't know what to do. Then I remembered McDonald's serves breakfast until 11:30.

Bought the missus a hamster skin coat last week. Took her to the fair last night, and it took me 3 hours to get her off the Ferris wheel.

The other night, my wife asked me how many women I'd slept with. I told her, "Only you. All the others kept me awake all night!"

I got invited to a party and was told to dress to kill. Apparently a turban, beard and a backpack wasn't what they had in mind.

My missus packed my bags, and as I walked out the front door, she screamed, "I wish you a slow and painful death, you bastard!"
"Oh," I replied, "so now you want me to stay!"

A farmer drove to a neighbour’s farmhouse and knocked at the door.
A boy, about 9, opened the door. "Is your dad or mom home?" said the farmer.
"No, they went to town."
"How about your brother, Howard? Is he here?"
"No, he went with Mom and Dad."

The farmer stood there for a few minutes, shifting from one foot to the
other, mumbling to himself, when the young boy says, "I know where all the
tools are if you want to borrow one, or I can give Dad a message."

"Well," said the farmer uncomfortably. "No, I really want to talk to your
Dad, about your brother Howard getting my daughter Suzy pregnant".
The boy thought for a moment, then said, "You'll have to talk to my Dad
about that. I know he charges $500 for the bulls and $150 for the pigs, but
I have no idea how much he charges for Howard.”

Golfer at the dentist

A man and his wife walked into a dentist's office. The man said to the dentist, "Doc, I'm in one heck of a hurry I have two buddies sitting out in my car waiting for us to go play golf, so forget about the anaesthetic, I don't have time for the gums to get numb. I just want you to pull the tooth, and be done with it! We have a 10:00 AM tee time at the best golf course in town and it's 9:30 already... I don't have time to wait for the anaesthetic to work!'

The dentist thought to himself, "My goodness, this is surely a very brave man asking to have his tooth pulled without using anything to kill the pain." So the dentist asks him, "Which tooth is it sir?"

A father told his 3 sons, when he sent them to the university.

"I feel it's my duty to provide you with the best possible education.  You do not owe me
anything for that. However, I want you to appreciate it.  As a gesture of
goodwill, please each put $1,000 into my coffin when I die."

And so it happened.

His sons became a doctor, a lawyer and a financial planner, each very successful
financially.

When their father’s time had come and they saw their father in the coffin,
they remembered his wish.

First, it was the doctor who put ten $100 bills onto the chest of the
deceased.

Finally, it was the heartbroken lawyer's turn.  He dipped into
his pocket, took out his cheque book, wrote a cheque for $3,000,
put it into his father's coffin, and took the $2,000 cash.

He later went on to become a politician.

A foursome of golfers, all in their 40's, discussed where they should meet for lunch.

The waitresses were young, good looking, had big breasts and wore short-shorts.

Ten years later, at age 50, the golfing buddies once again discussed where they should meet for lunch.

The food and service was good, they had many televisions to watch the games on, and the beer selection was excellent.

Ten years later, at age 60, the foursome again discussed where they should meet for lunch.

There was plenty of parking, they could dine in peace, and it was good value for the money.

Ten years later, at age 70, they discussed where they should meet for lunch.

The restaurant was wheelchair accessible and had a toilet for the disabled.

Ten years later, at age 80, the friends discussed where they should meet for lunch.

They had never been there before.

Wife texts her handy husband on a cold winter morning:

AND THEN TAP EDGES SHARPLY 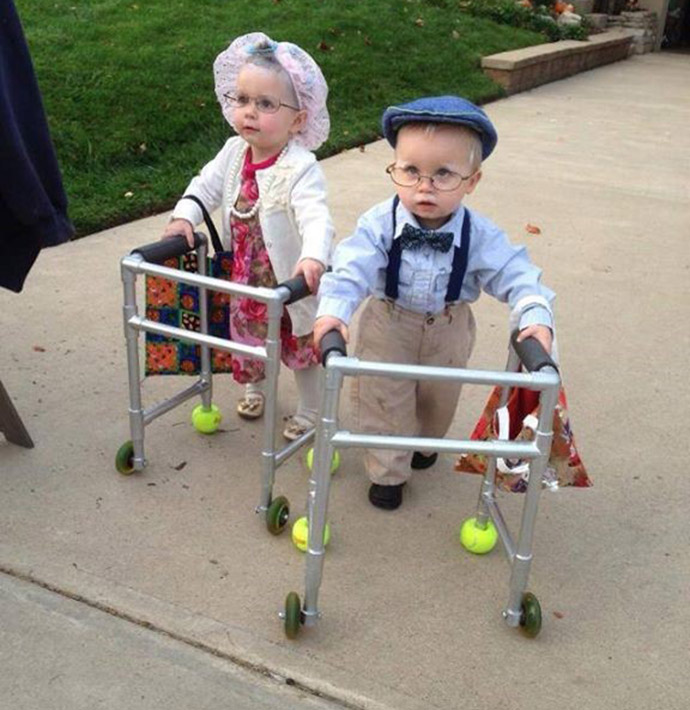 How To Maintain A Healthy Level Of Insanity in RETIREMENT...