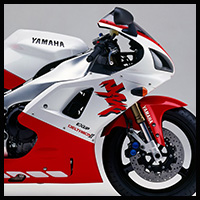 Q: I’m the happy owner of a 1998 Yamaha R1, one of the first ones with good old carbs instead of fuel-injection. It has now covered 63,000km and gets serviced at the correct intervals. But now I have a problem…

Every time I ride the bike it starts to smell of petrol and begins to splutter and misfire. When I take out the plugs two of them (1 and 3) are black and sooty. I changed the plugs and it’s OK for a while but then the same thing happens again. I’ve had the carbs taken off and cleaned but the problem always returns.

So I thought I’d ask you guys to hopefully send me in the right direction and thanks for a great site, by far the best we have in SA.

A: I would say the problem lies with the needles and/or seats that allow the fuel to pass into the float bowl, especially with the amount of kilometers the bike has covered. You should also make sure the float heights are set correctly, which is very important. These settings can easily be found.

You can find carb kits that will replace and rebuild these parts on the Internet, which might be the best option here? They’re not too expensive and just make sure a competent person installs them. Then I’m sure everything in the fueling department will be fine once more. 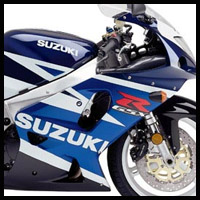 Q: Hi there, I’m in need of some professional assistance, obviously?

My K3 Gixer (GSX-R) will not rev past 9000 rpm under load on some cold days. This is an intermittent problem, which confuses me. The bike has done 73,000 km and it’s been well taken care of.

The timing chain and tensioner were replaced around 60,000 km. The spark plugs are iridium and there’s no back firing. The oil is a synthetic 10W40 and clean, as are the oil and air filters. It has an Akrapovic full system and the exhaust valve is set to be always open (disconnected).

It starts easily and revs to redline through the gears (most of the time), when it doesn't there is no sputtering or anything that would indicate ignition issues. It just revs cleanly until 9000 rpm and then seems to starve for fuel but there are no kinked pipes and the fuel filters are clean. The petrol tank was refurbished around 25,000km because the bike stood for a long time and there is no visible contamination. Have you guys experienced this before and, if so what can you advise me to do?

A: We would suggest that this problem, because we’ve had it before, is the fuel pump accumulator, which is probably partially blocked or full of various contaminants. Or maybe a new one is needed due to the mileage, hopefully not?

But first, the entire fuel pump can actually be taken apart by a very competent mechanic, but please be extra careful not to damage the intricate parts whilst taken apart or rebuilding!

You can buy a complete new pump but you’ll probably be horrified at the price, hence the advise to strip and clean it first. Ask the price from a Suzuki dealer and I’d imagine that part would possibly be around 7-8k! 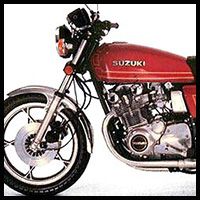 Q: Hi guys. I own an old 1981 (I think) Suzuki GS1000G, the one with the shaft drive. I understand you guys like these old bikes so I thought you might be able to help me with a problem, hopefully?

My battery keeps going flat and it is a new one that I’ve just bought from my local bike shop so it’s not that. The bike still runs nicely but then it suddenly dies and I have to charge the battery again. I’ve had the bike tested and it charges, a little, to just under 13-volts, so it is actually charging because the battery reads 12.5-volts when tested on it’s own.

I’ve checked and cleaned all the connectors but it still lets me down. So please forward me any valuable information if you can please?

A: These old Suzuki’s do have charging problems with age. First, I’d check the stator voltage (AC). Pull off the three wires coming from the stator and rev the engine past 5,000rpm – it should show around 80-volts, or over, through each wire. Then check the stator isn’t going to earth with a continuity test from each wire to the frame. If it does you’ll have to replace it because of an internal short. DARK electrical (011 622 1703) can rewind them and save you lots of money.

However, a fully charged battery with the charging system working efficiently should not be below 14-volts over 5,000rpm or more than 15.5-volts, when tested with a meter. If so the regulator/rectifier is faulty and needs to be replaced as well. Hope this helps and good luck finding the faults, but the electrical system is quite basic compared to modern bikes and not too hard to repair. 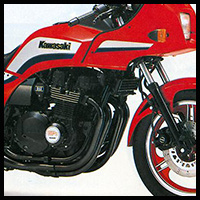