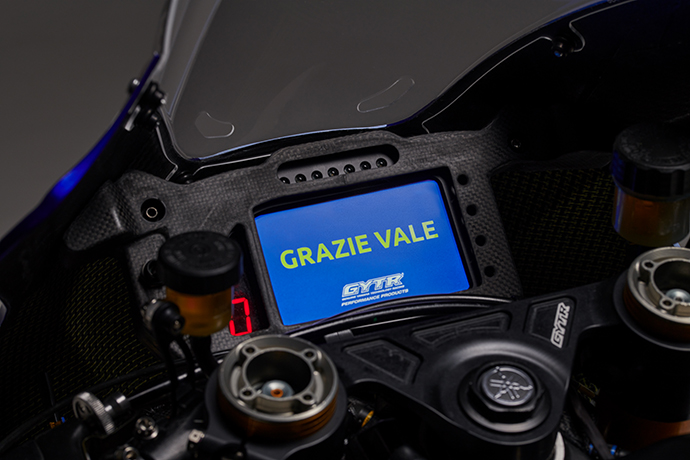 To celebrate the legendary MotoGP career of the biggest star to grace the sport, Valentino Rossi, Yamaha Motor Europe has produced a special R1 GYTR VR46 Tribute, designed with unique specs, to give to the nine-time world champion for the many successful years spent at the pinnacle of motorcycle road racing with Yamaha.

Having made his debut 26 years ago, Rossi rose to become the most prominent figure in MotoGP history, producing some of the most mesmerising and memorable performances that influenced and inspired an entirely new generation of motorcycle racing stars. 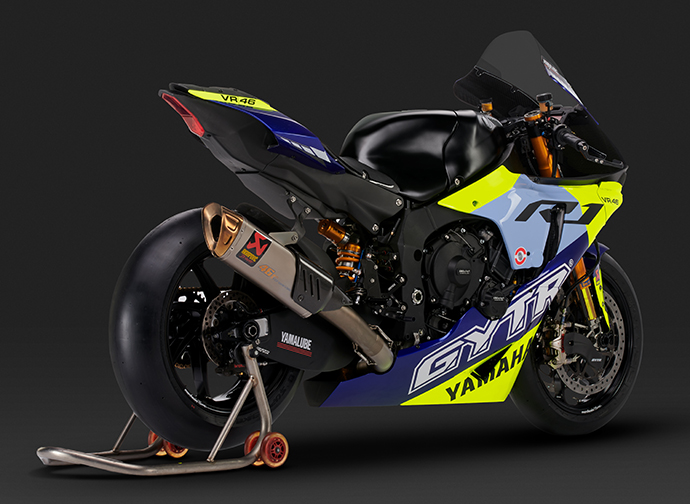 The R1 GYTR VR46 sports upcoming 2022 GYTR spec parts and unique features that are all a direct result of Yamaha’s WorldSBK development, which helped Yamaha achieve the 2021 WorldSBK Triple Crown, culminating in the highest spec R1 GYTR ever produced for track day usage. A special gift that the Tavullia legend will have the opportunity to enjoy at the Misano circuit soon.

A new carbon fibre fairing kit and full carbon rear subframe have been produced, with the tank capacity increased to 22 L, all designed with weight saving in mind. The Brembo brakes have been developed for incredible stopping power, while the high performance ECU REX 140 Marelli produces world class power delivery.

The full list of the special parts coming from WorldSBK Championship winning experience is listed below, and are additional to the GYTR parts such as the Ohlins suspension and GYTR front and rear sprockets. 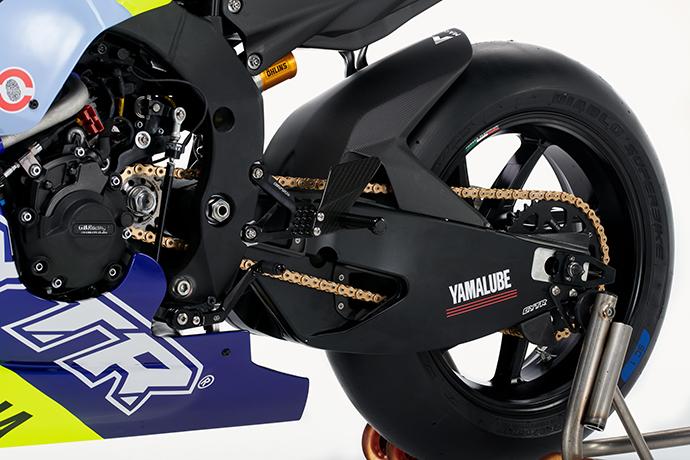 The R1 GYTR VR46 Tribute was given to Valentino Rossi for the One More Lap event at the EICMA 2021, which the Italian star attended for the first time, as Yamaha pay tribute to VR46 and his historic legacy.

The R1 GYTR VR46 Tribute was built with carefully selected parts which, among others, include the following: 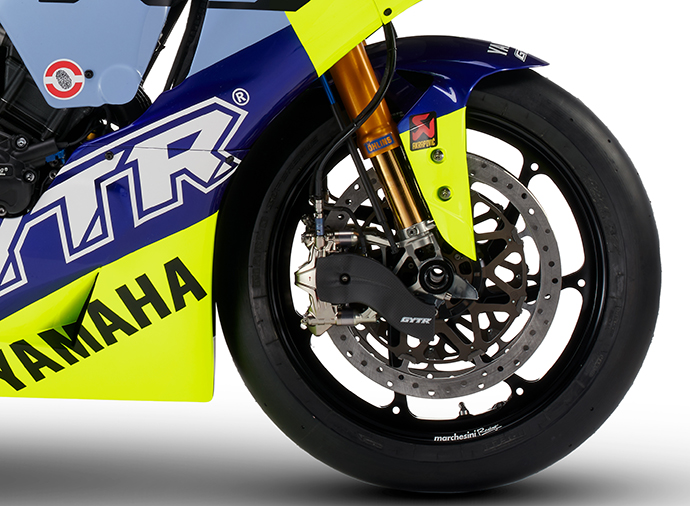