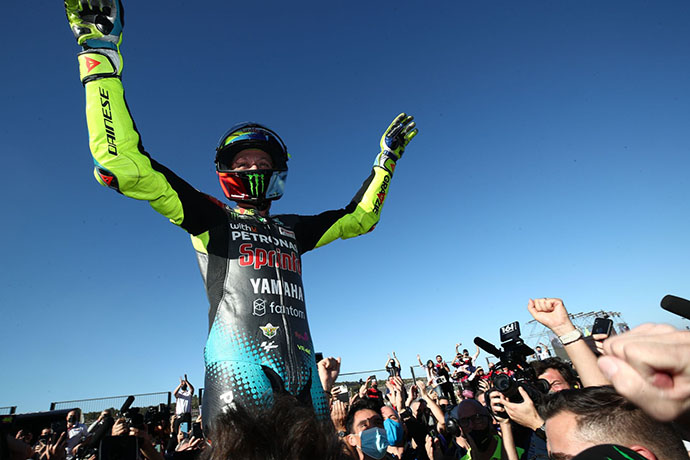 Valentino Rossi brought his MotoGP career to a close this weekend with an emotional weekend at the Circuit Ricardo Tormo for the Gran Premio de la Comunitat Valenciana. The Doctor ended his illustrious career with a strong top-ten finish. World Champion Fabio Quartararo concluded his 2021 campaign with a fifth-place finish in Valencia.

After 26-years of Grand Prix racing, 42-year-old Valentino Rossi made his 432nd and final MotoGP start this weekend as he brought his impressive career to a close. The 115 time race-winner and 199 time a podium finisher got his final race underway from tenth on the grid and was eager to finish on a high. Attacking from the beginning, the Italian claimed ninth by the end of the first lap. Trying to stick with the leading group, Rossi dropped behind the Ducatis of Johann Zarco and Enea Bastianini by lap nine, but that didn’t faze the experienced Italian. 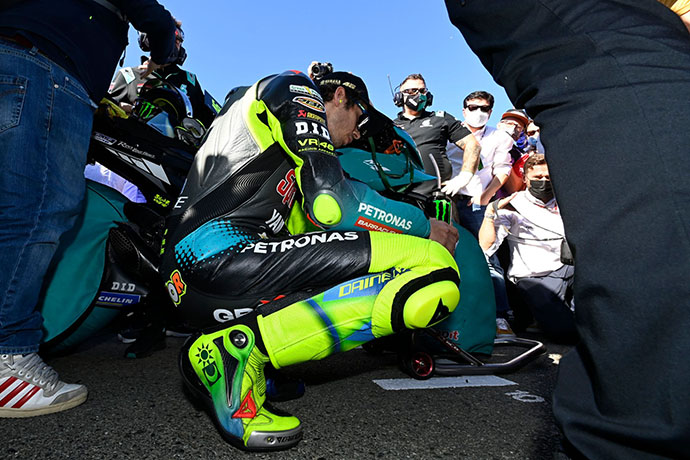 Continuing to push on, the nine-times World Champion found himself back in the top ten at the mid-way stage and held off Yamaha counterpart Franco Morbidelli to eventually finish his career in tenth place.

World Champion Fabio Quartararo concluded his 2021 campaign with a fifth-place finish in Valencia. The Monster Energy Yamaha rider began the season closer from eighth on the grid and a bright start saw the Frenchman end the opening lap in sixth place. 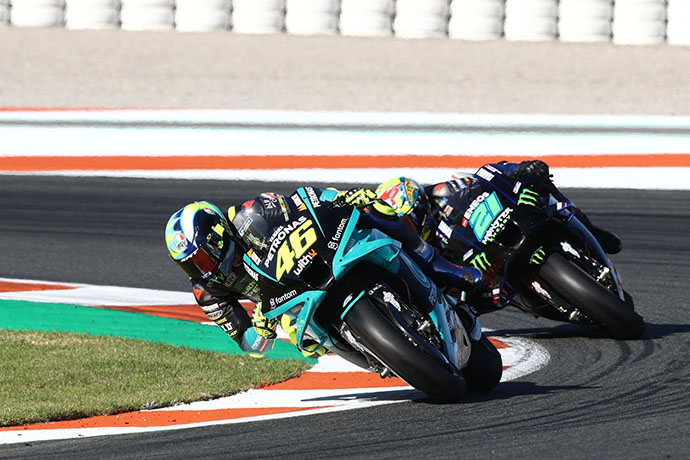 Determined to join the top-five battle, Quartararo launched an attack on Jack Miller, a neat move at turn 14 promoted the 22-year-old to fifth, but Miller was quick to re-pass the Yamaha man. Locked in battle, the World Champion secured fifth place at turn four, but as the race went on dropped back to sixth. 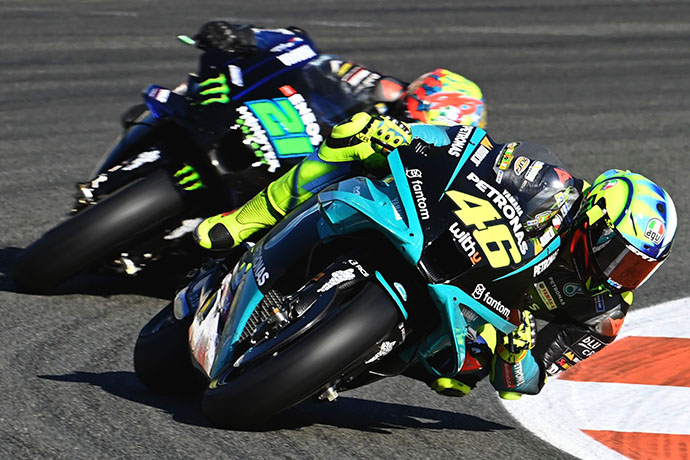 An accident for another rider on lap 11 promoted him back to fifth place, where he eventually finished the Grand Prix, +5.439 seconds behind the winner.

Monster Energy Yamaha MotoGP’s Franco Morbidelli began his final race of the 2021 season in 11th place. Dropping to 13th on lap one, Morbidelli pushed on, recovering to 11th by the half-way point. Following Rossi for the second half of the race, Morbidelli brought his factory M1 Yamaha home in 11th, securing five points.

Andrea Dovizioso completed his final race in PETRONAS colours with a 12th place finish. Dovizioso ran the majority of his race in 13th place but a charge saw him claim a season-best finish of 12th. 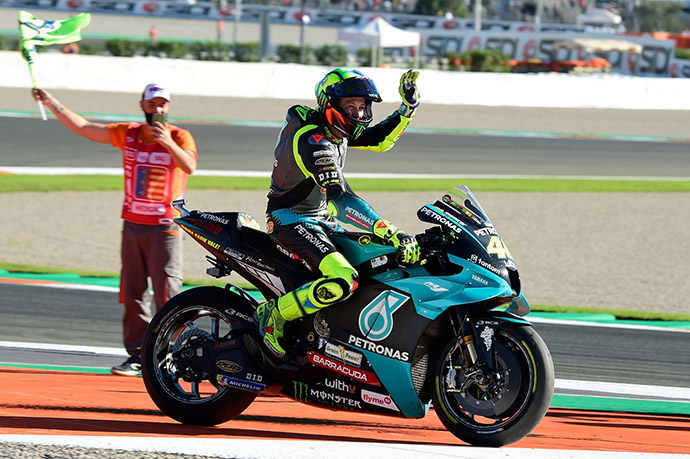 Fabio Quartararo’s championship-winning season saw him rack up a total of 278 points, finishing 26 points clear atop of the standings. Monster Energy Yamaha MotoGP team-mate Franco Morbidelli secured 17th in the standings, despite missing five races through injury. Valentino Rossi’s 44 points saw him bow out of the championship in 18th place with Andrea Dovizioso securing 12 points during his five Grands Prix with Razlan Razali’s PETRONAS outfit.

Yamaha secured second in the constructors’ standings with a 309 points total while Monster Energy Yamaha MotoGP missed out on the team’s championship, finishing second with 380 points.

There’s no rest for the Yamaha MotoGP teams as 2022 gets underway with the first of seven test days at Jerez this week. Monster Energy Yamaha will be joined by the newly-formed RNF Yamaha team as Darryn Binder makes his MotoGP debut. 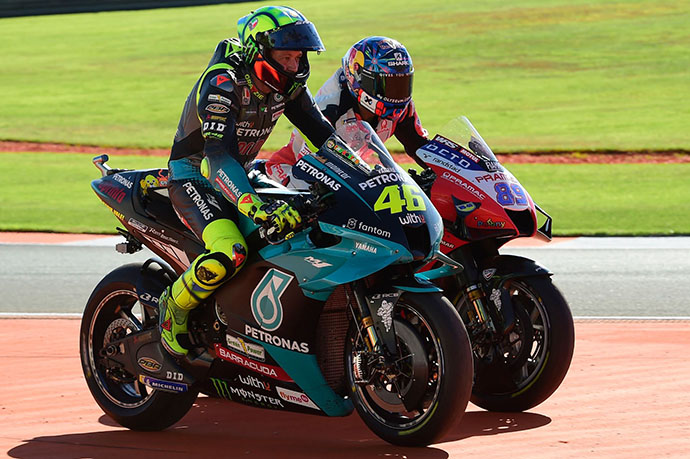 “I didn’t expect that it could be a weekend like this. I was very worried for this weekend because I didn’t know how I felt and there was a lot of pressure with many things to do. It was fantastic, I received a lot of positive energy from all the people in the paddock and I had a lot of great surprises: from seeing all my bikes on Thursday, to all the VR46 Academy riders with my helmets today. I’m also happy because I was able to be strong in both Qualifying yesterday and in the race today, finishing in the top-ten. I enjoyed it a lot and it was the best way to finish. I am in the top ten best riders in the world and it means everything, because this result will never change. I also enjoyed the celebrations after the race. It was a long career and I want to say thanks to everybody.”