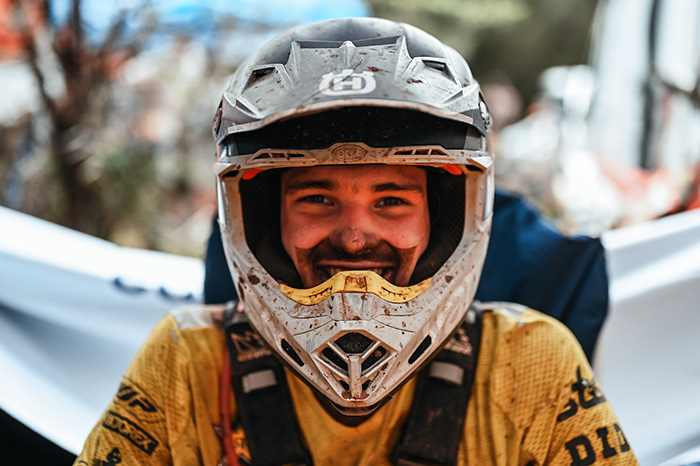 South Africa’s leading riders gathered for a showdown near the Magaliesberg mountain range this weekend. In what was one of the most competitive events the National Enduro Championship has seen, the country’s top riders when head-to-head over the unforgiving terrain renowned to the Hartbeespoort area.

It was a bitter-sweet season opener for Rockstar Energy Husqvarna. Star rider Brett Swanepoel was forced to pull out of the event after battling with a stomach virus and ultimately the risk of severe dehydration. After his effort to be “the most prepared he’s ever been for a National Enduro” a disappointed Swanepoel explained: “I did everything possible to come into this event as prepared as I could. I tried to stick it out for four laps until I started becoming extremely dehydrated and realized that this situation was unfortunately out of my control. Thank you to my team who backed me today.” 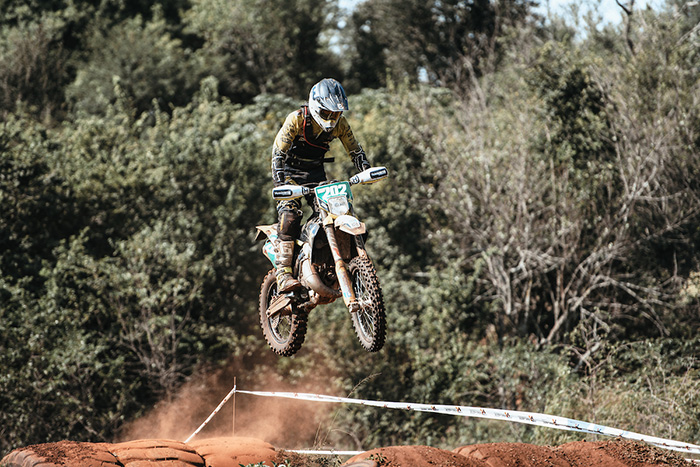 The silver-lining for the Husqvarna camp, however, was the eye-catching performance of new recruit Heinrich Aust. The rider not only snatched up second in the E1 Class, but finished fourth overall amongst the country’s leading Enduro riders. We catch up with the Aust after his unforgettable debut race:

What were some of the stand-out moments of your Rockstar Energy Husqvarna debut?

Just arriving at the event was so exciting - I showed up and the team had already set up and were ready for the day of racing. It was super cool to have their support from start to finish.

Like we expected, from the get go it was a race between Bradley Cox and I. It was really tight for the first three laps before he managed to get slightly ahead of me. I just focused on holding onto my pace and trying to make the gap smaller. I was super happy to take second place and get such a solid start to the season!

What kind of bike setup did you use for this event and how did it feel?

I used Michelin Enduro Medium for the front and a Michelin Enduro Medium back tyre, with a soft Michelin mousse at the back. It held up so well – I’m very stoked with it and could probably use it for another race! For suspension I went a bit harder om my clickers and rebound to suit the terrain – I knew it would be fast and flowy with lots of rocks.

I absolutely love racing the Husqvarna TE 150i, it’s so light and the power delivery is smooth, fast and never misses a beat.

It was a highly competitive field on Saturday. What did you learn from racing against some of South Africa's top riders? 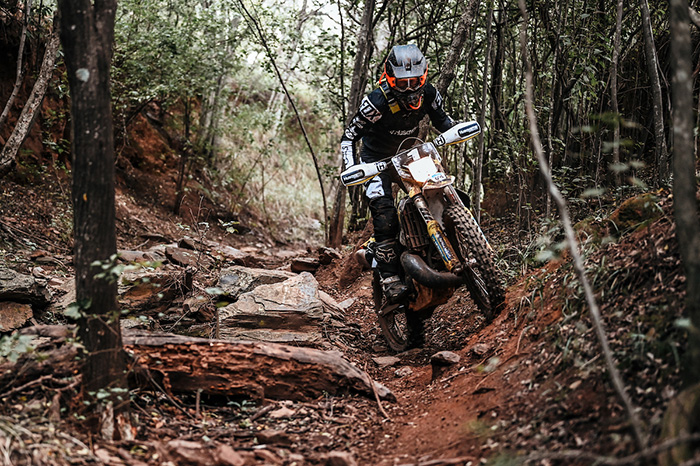 It was a super competitive field! I really enjoy that - it gave me an idea of what to expect for the rest of the season and the kind of pace I need going forward. It also gave me a good opportunity to get used to racing at that level on my TE 150i. I’ve been on that bike for the past two years now and feel like I’ve really got a grip on how to race it now.

Now that you've gotten a taste of the kind of season you're in for, what are you goals for the rest of the year?

The format is a bit different this year – there is a National Enduro and an Extreme Enduro Championship. I have signed up for both, but my riding style suits the extreme stuff the most. I am just excited to grow as a rider through all of it. After Saturday I have a better idea of what I am up against this season and I am looking forward to seeing what I can achieve with Rockstar Energy Husqvarna.