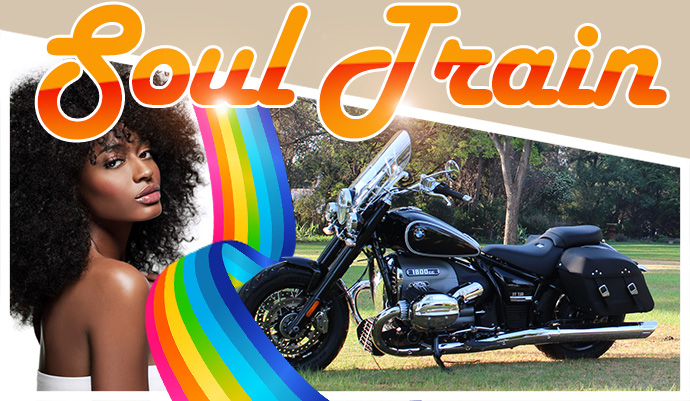 It’s as long as a train and riddled with soul – give a large round of applause to BMW’s monster 1,802cc cruiser. Now look before we get into this vast motorcycle, it’s not everyone’s cup of schnapps. BMW aren’t acknowledged for building cruisers, even though they’ve had a dabble in the past with their awful 1200c range. James Bond did throw one through a window though, so it must have had some sort of appeal, I suppose.

Well, we’re now in 2020 and I for one was more than interested to ride this 1,802cc beast with two, yes two, 901cc, single cylinder, air-cooled ‘pots’ sticking out each side in true boxer fashion. Wherever you ride, and park, you’ll be surrounded with phone cameras, just because of the ‘comical’ engine dominating the bikes presence. The general public loves the styling and for once I have to agree, it is a very attractive motorcycle, to some? 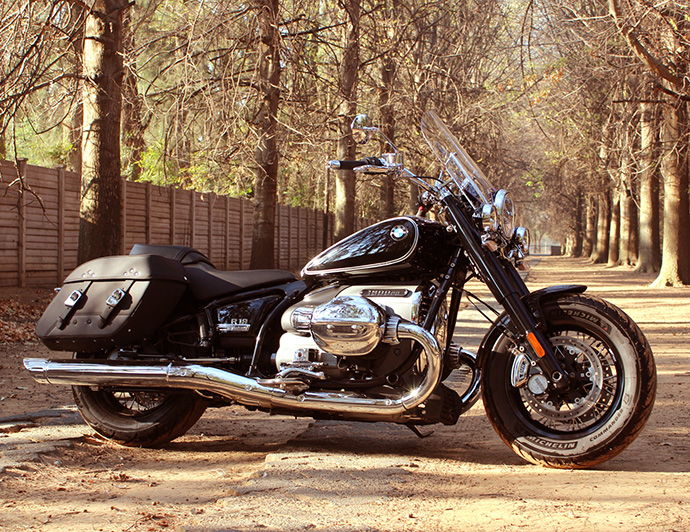 I say ‘some’ because the average sports bike rider will have little interest in this particular BM’, preferring speed and agility to mass and, err, massive mass, all 350kg of it to be exact. They might raise an eyebrow when I mention 158Nm of torque though, and consequently lower them when I relay it only makes 91hp, which isn’t much for 1800cc regarding expected horsepower ratings?

Still, it’s enough to make for quite an entertaining ride. Thrusting my head behind the large screen I saw an indicated 200kph on the large single clock, which is somewhat impressive for such a large machine. However, the contents of 16-litre fuel tank doesn’t last long at those speeds, so be aware if you happen to ride one. It nearly caught myself out due to the silly and tiny fuel light trying to warn you that the R 18 is virtually empty, and I didn’t fancy pushing it.

So what’s the appeal then, you ask? Well, it’s simple the R 18 is this guise emits soul, which many motorcycles in today’s world just don’t have. The cool factor is high on the cool scale and it just makes you feel, well, cool and always generates a smile inside your helmet wherever you go. Sure it’s a heavy monster but the low seat height of just 690mm negates most of that issue. The brakes work well too, and the front forks are well damped and effective. However, I can’t say the same for the rear shock. It’ll easily bottom out if you hit a rough road and it’s even worse with a pillion. I’m quite surprised, no shocked, that BMW would fit such an inferior unit on such an expensive bike, seeing as they build such impressive racetrack bikes.

Anyway, on the other side of the fence is the exemplary build quality, in pure BMW fashion. The gorgeous black tank resembles the R5 model from 1936 and I’ve been informed the tank badge will fit the 1936 R5 because it has exactly the same dimensions. That should bore people to death in the local pub, but an interesting point all the same and enforcing the attention to detail found all over this R 18. I especially liked the exposed and rotating chrome shaft whizzing around as you ride, just like the BM’ from ’36. And the Rock or Roll modes instead of usual A, B, or C power modes. Obviously Rock is the most powerful, so they say, but I couldn’t detect any difference when the light throttle was wound open. In fact all the controls have a light action, beside the hefty gearbox with toe/heel activation, which isn’t surprising with such huge internal components.

Once on the highway though everything smoothes out satisfactorily and hardly any vibration is apparent when cruising at legal speed limits. It does have that feeling that the engine will last forever, seeing as it’s hardly stressed in any way.

As far as electronics go there isn’t much, besides cruise control, heated grips and the aforementioned Rock or Roll modes, which to be honest was quite refreshing, and it doesn’t need them anyway. It’s all about the big motor ‘man’….

This Classic Edition has leather panniers, which are simple to use, and of course the big screen up front with triple headlights. There’s no denying it’s aimed at the USA market then, because both Harley-Davidson and Indian have very similar styling on some of their motorbikes. Will BMW, with its proudly placed Berlin Built logo on the clocks, take sales from those two manufacturers, maybe?

This First Edition Classic version has a starting price of R360,000 depending on what is bolted to it.  The BMW listing price is a little confusing so check with a local dealer for exact costings. And now I’d imagine the final question from your side is – would you buy one? Well no has to be the answer, but I would most certainly hire one if I was on holiday and wanted something special to travel up and down the coast-line, and to show off when I stopped for a pint.

Visit www.bmw-motorrad.co.za for dealer locations and to book a test ride, as they all seem to have demo R 18s in some form and well worth the experience. 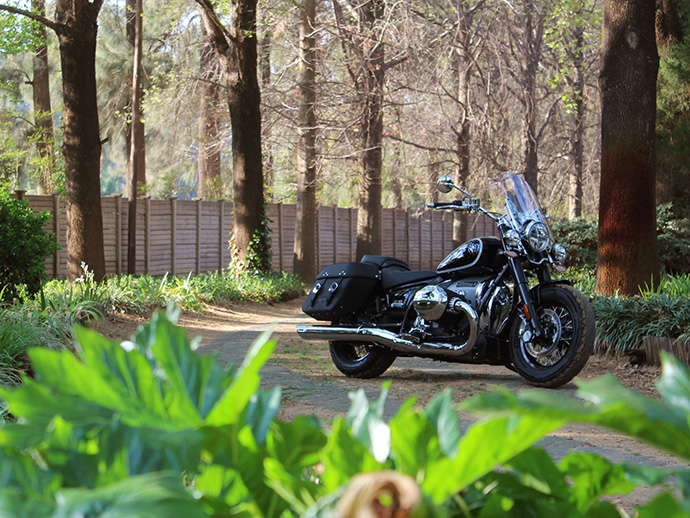