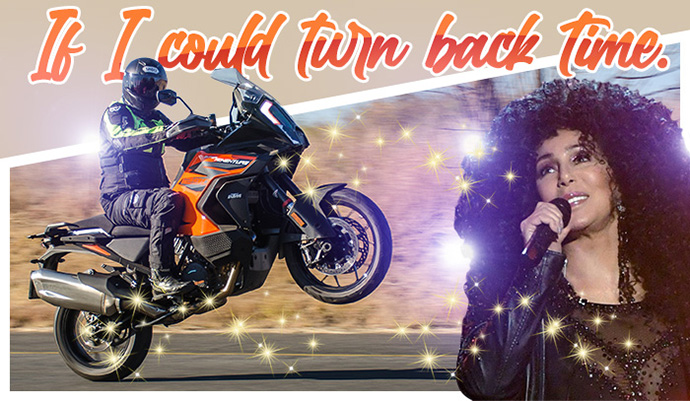 Now the 1290S was the last bike I rode on the last day of a two-day excursion, and to be honest I was a tiny bit ‘cruel’ to this particular model. Embarrassingly I managed to get lost during the off-road riding on the S, which was way too long anyway, I thought. After my incompetent detour I just wanted to get back to the hotel as a small amount of rain began to fall. Basically I’d had enough and wanted to go home to my cat and a large TV screen. Maybe I should have been more respectful towards the S and stopped carping, but I am getting on in the age zone so I’m allowed to, maybe?

So the mighty S was shrugged away and, dare I say, it left a sour taste in my dusty old mouth. Now a few months have past and in a moment of redemption I leapt out of bed one morning and thought, why not give the S another go, with so much vigour that I pulled my hamstring, again the age issue returned.

This is why I decided to give the 1290 Super Adventure S a second date and possibly a second chance? This time I could explore the S bike in my own time and environment with fewer thoughts of home comfort and friendly cat’s. 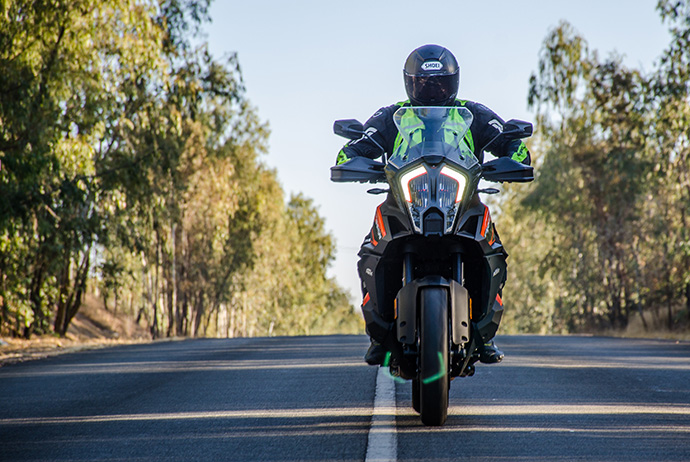 It’s now time to retract everything I previously said about the big S, because quite simply it’s superb – hence the title of this article. The revised chassis and refined 1301cc, V-twin, LC8 motor churning out 160hp and 138Nm places the 1290 S on the throne it deserves. I still don’t agree with taking it off-road though, which it obviously can, I’d choose the R model for more of that. In fact I’d predict that 95% of new S owners would never venture down a dirty lane, correct me if I’m wrong?

I most certainly didn’t and spent the whole week happily planted to the tar roads, where the S excels and never failed to impress with its newfound agility and thumping motor. The engine was smoother than I first recalled and the quick-shifter equally polished pulling me into what the S model is all about, high speed touring KTM style.

We all know this KTM is fast and it’ll easily waft past 240kph but cruising along the highway with its new aerodynamics dissolving wind pressure around the rider is where the S smiles the most. Don’t think it has lost any of the KTM inherent ‘madness’ though, because a quick button jab will deactivate the ‘sensible’ electronics and turn the S into a wheelie monster, if you fancy owl-wide eyes?

Predictably the electronics package is huge with new semi-active suspension (the best yet from WP on a big bike) and the conversational adaptive cruise control. A radar like device that locks onto vehicles in front and allows the rider to fall asleep while cruising, well not really but you get the idea. I tried it once and then forgot about it as the second gear wheelie stunts the S effortlessly provides was a more entertaining distraction. Still it’s another modern toy and I’m sure new owners will use it more than I. 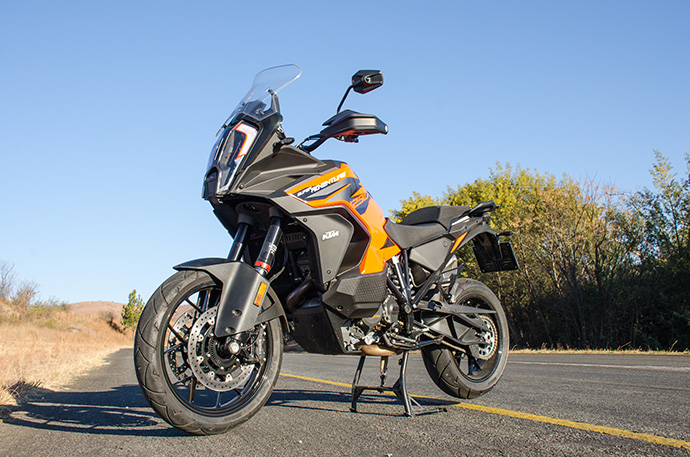 This vast array of electronic gadgetry is all viewed through the informative and large 7-inch TFT screen (strange how TFTs are always in imperial measurements and not metric), and you can tilt it to your desired angle, I liked that a lot.

In fact I now applaud the 1290 Super Adventure S a lot, more so than the ‘others’ in this competitive class, and I’ll tell you why. I was recently riding with Mat from The Bike Show, where I occasionally present, and we had a new BMW R 1250 GS and the interesting Harley-Davidson Pan America 1250. After riding the other two bikes I always chose the 1290 S to go home on, because I found the S to be noticeably more agile with its revised chassis and generally more entertaining on all counts, need I say more?

What I do need to say more about is that I was completely wrong with my first impressions of the 2021 1290 Super Adventure S during the SA launch. Today though I couldn’t recommend it more and therefore I’d now like to hang my head in shame – if only I could turn back time? 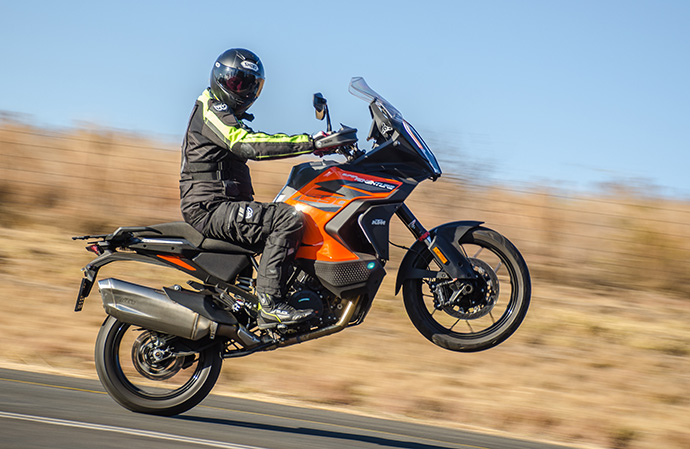 Also visit our friends at www.radmoto,co.za or www.ktmpaarl.co.za to book a test ride on many of KTM’s new models. 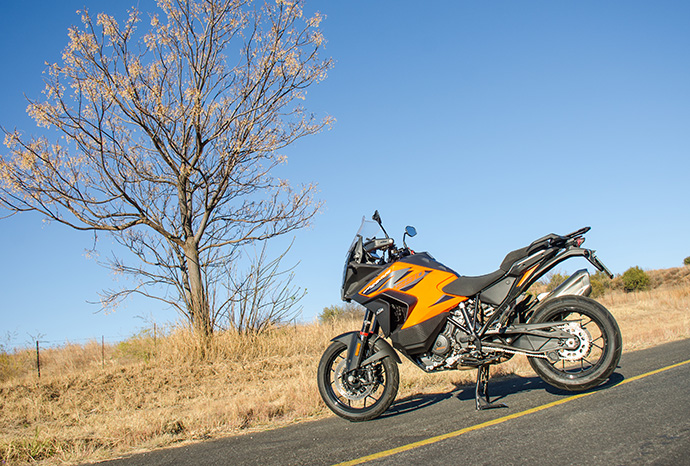