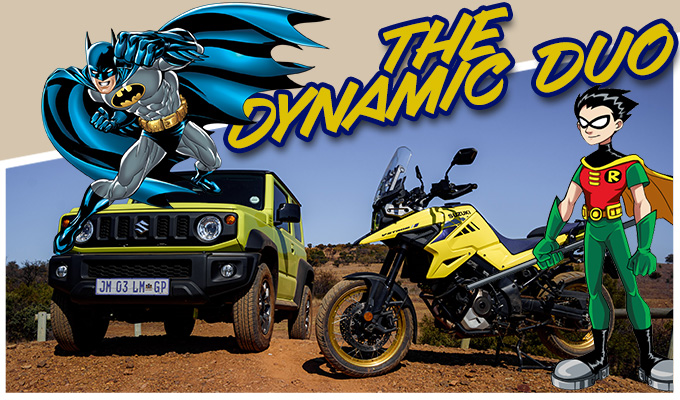 We’ve covered the sturdy DL1050 XT on many occasions, but this feature is a little different. We’re a bit tired of motorcyclists ‘avoiding’ the big Suzuki as a bike that’s only really suited for road touring duties, and not so much towards off-road adventures, so they say. Well they’re all wrong and to prove it we decided to take one to the ADA training facility just outside of Johannesburg.

Diete Englebreght is the main instructor there so he was the perfect candidate to put the V-Strom through the rough stuff. He’s been riding off-road for years on all makes and actually came away highly impressed with the big Suzuki. Their facility really is world class, for both bikes and cars, and if you fancy a visit to try out either form of transport go to www.adasa.co.za for more information and bookings, highly recommended we say.

Rocky, dusty and dirty surfaces never troubled the DL in any way. In fact I saw the same thing during my recent Cape Town Suzuki adventure. I will stand proud and say the DL 1050, in the right hands, will go absolutely anywhere where any of the ‘other’ large adventure bikes will go, so there. And let’s not forget all of this off-road riding was basically on its standard road tyres, when some of the ‘others’ are spoilt with tyres more designed for dirt riding?

It’s also considerably cheaper than any of the so called ‘big names’ in this competitive class at a mere R221,950, making the DL 1050 XT exceptional value, I think. Well worth a test ride at your local Suzuki dealer I’d say?

Now in the other corner I had the pleasure of trying Suzuki’s super-cute new Jimny. This particular one is the top the range 1.5 GLX 4AT, resplendent in this vibrant yellow colour scheme. The Jimny is a genuine and purposeful off-road specialist with praiseworthy four-wheel drive capabilities, which makes it an ‘adventure’ car, don’t you think?

The cabin is riddled with quality components, like a large touch screen allowing the driver to integrate with their phone, play personal music and fiddle with the GPS when you get lost. Then there’re the split gearbox levers to allow the Jimny to be in two-wheel or four-wheel drive, with low and high ratios for more challenging terrain.

It’s powered by a feisty 1.5 litre four-cylinder motor with VVT, producing a claimed 100hp (same as the DL 1050 XT), and 130Nm@4,000rpm. This all goes through an automatic four-speed transmission with a handy overdrive button on the left side of the gear stick. Enough to take the tall Jimny to an indicated 160kph, which I never saw on the informative clocks, honest.

It really is a vehicle that people love as many thumbs were raised and pointed towards it as I drove by. Can’t blame them because I think it looks hyper-cool too. And being a Suzuki it will be as reliable as a nuclear submarine but not as expensive to run.

Anyway, I enjoyed the road driving as the auto-box makes it so easy to drive that an orangutan could probably enjoy the simplicity of operation, no relation to myself in case you’re wondering. 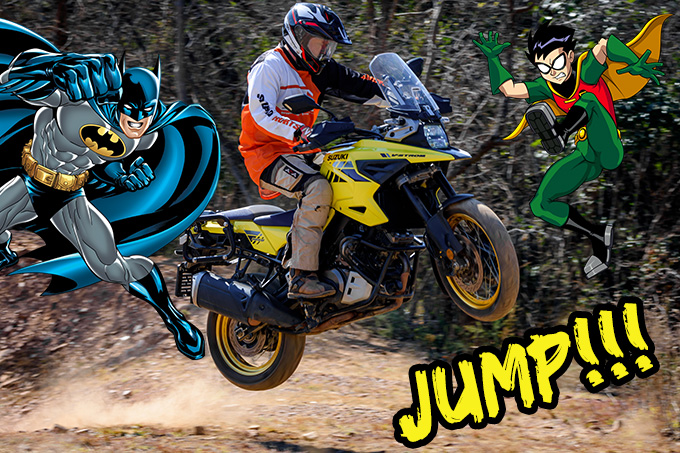 Hairy apes aside the Jimny surprised me with its ability to devour road and off-road in such a fashion that’s far from intimidating, unlike some of the other 4x4 monsters on the road. Just get in, have fun, and go anywhere with three mates inside, a tremendous machine on all counts.

Even after a few hours spent on the ADA 4x4 course I came away grinning, due to my self flattering ability on how to drive off-road, all down to the Jimny instead of my dreadful driving prowess. The effective auto-box means it can’t be stalled or ‘miss’ a gear, making one wonder why you’d want the manual option, I most certainly wouldn’t that’s for sure.

At the end of my week with the Jimny it was a very sad day when I had to return the ‘boxy’ beauty. It’s the perfect companion for any motorcyclist who wants to go adventure exploring when the weather becomes too foul to ride. No wonder Suzuki sells everyone that lands on our shores. Now at R372,900 for this full-spec version it’s also another bargain, especially when you consider that is basically the same price as BMW’s R 1250 GS Adventure with a top-box. Interested, you should be, and both machines here will certainly make ideal companions for Batman or Robin?

Go to www.suzukimotorcycle.co.za for dealer locations, to book a DL 1050 XT test ride. 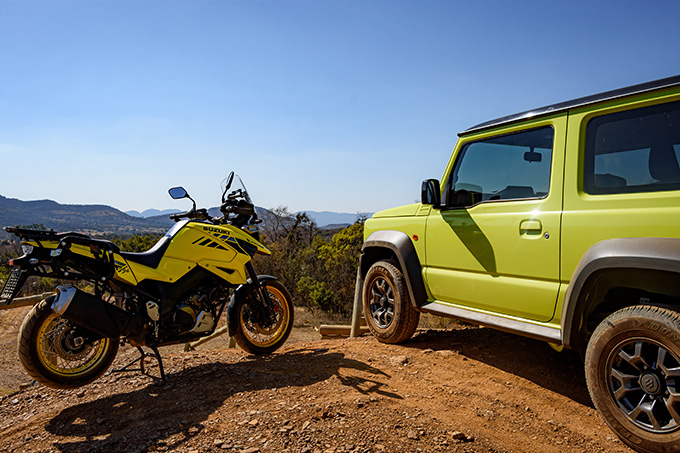