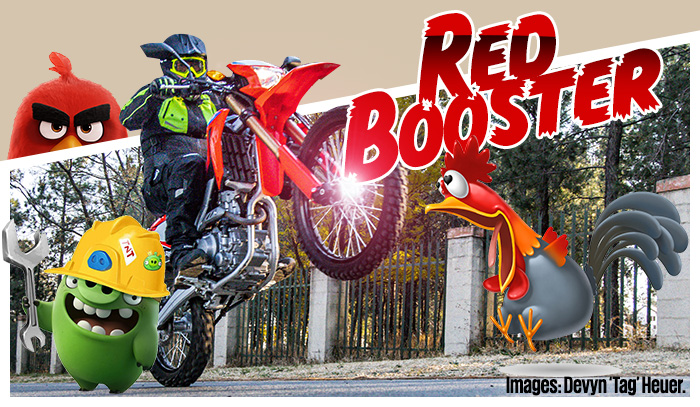 2017 was the year when Honda spat out their latest CRF250L to eager riders. The promise of a ‘pure’ enduro with less intimidating dimensions attracted many off-road fanatics. Just ride to your desired off-road escape zone and enjoy mud and dirt baths until your heart was content, then ride back to your personal fortress.

All well and good and sales were achieved, but I for one was left out of the enthusiasm.  Sure the CRF250L was a sweet machine for what it was intended but a lack of power left me, and many, wanting more.

Now we’re into 2021 and the vastly updated CRF300L has arrived. On paper it doesn’t sound like much has been improved, but after my first ride aboard the CRF300L I soon realised that everything has been improved. Oh yes, Honda’s attention to their new 300L has boosted everything in the right direction. 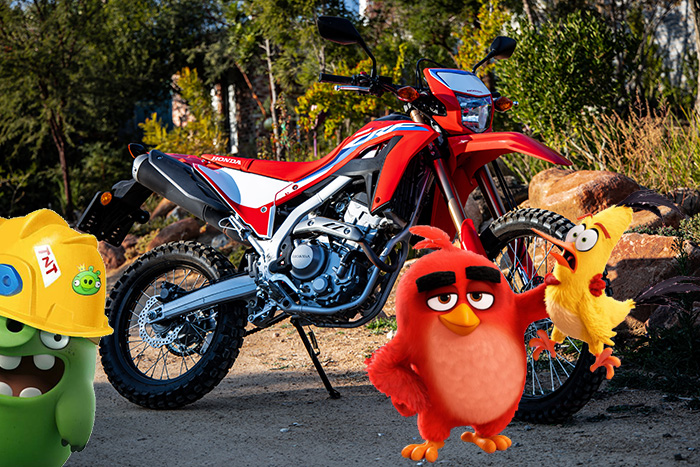 Basically, the single-cylinder, liquid-cooled motor has been swollen to 286cc from 249cc. New intake and exhaust parts also improve the short-stroke (76mm x 63mm) engine’s breathing abilities. Inside the crankcase are a new slipper clutch and a revised gearbox with closer ratios from first to fifth and a longer sixth gear to improve road cruising. Honda claim 10% more power (28hp now), 18% more torque (27Nm) and a loss of 4kg to 142kg, equating to a 13% improvement in the power to weight ratio department.

All of this technical hype sounds quite minimal but the new 300L has certainly turned the corner for Honda. It also has new bodywork resembling the CRF450R and the outcome is one very fine looking motorbike on all counts. Even the seat, sitting at 880mm from the floor, is an improvement over the 250L that was as thin as Gandhi’s thighbone. The one on the 300L is still a bit narrow for long distance work but much better all the same.

One of the best improvements is the new digital display with extra functions. Situated on the side of the clear LCD display is a small button that turns off the ABS, for more venomous off-road action, which I liked for its simplicity. And this is the main attribute of the 300L; it’s so easy to use without unnecessary electronic intervention.

Anyway, that’s enough of what’s changed. Whilst out riding I found myself looking for off-road sections to play on. Something I never tend to do on any dirt bike, as it’s not in my comfort zone. But that’s what the 300L does to you, it makes you want to go and explore. This surprising ‘confidence’ is partly due to the new Showa suspension that just soaks up anything thrown at it in a soft and plush manner. Better than anything in and around this competitive class, I would say so? 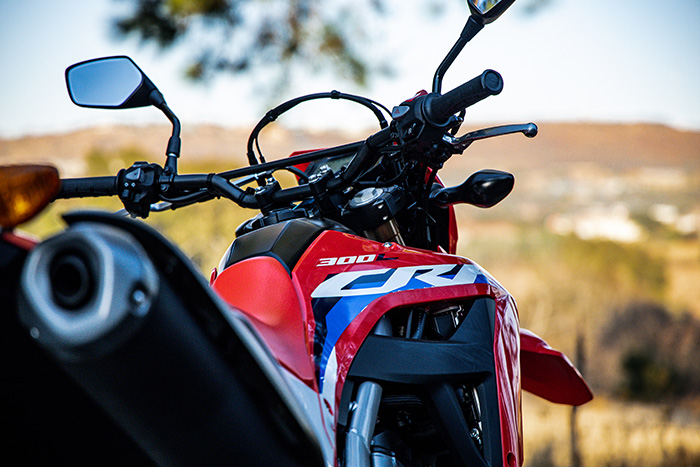 Even on the road the new 300L is much quicker than the 250L, and you’ll really notice the engine’s improvements here. It’s actually quite entertaining now and quick enough to leave any ‘normal’ car from the lights. The new gear ratios help as it quickly rips through the ‘box and once into sixth it’ll easily cruise forever at the legal highway speed limit. I also managed to get the 300L, on a downhill run, to an indicated 152kph, not too bad at all for a purposeful 286cc enduro bike, right?

So I’m impressed with Honda’s vastly improved CRF300L and for off-road fun at the weekend it would be my first choice for muddy/dusty entertainment. Sure, some of the adventure bikes in this ‘cc’ class have more long-distance attributes but none of them would be more fun and accessible when visiting off-road venues. And finally, there’s the price, R84, 999, quite possibly the best-priced ‘proper’ enduro/road bike on the market? 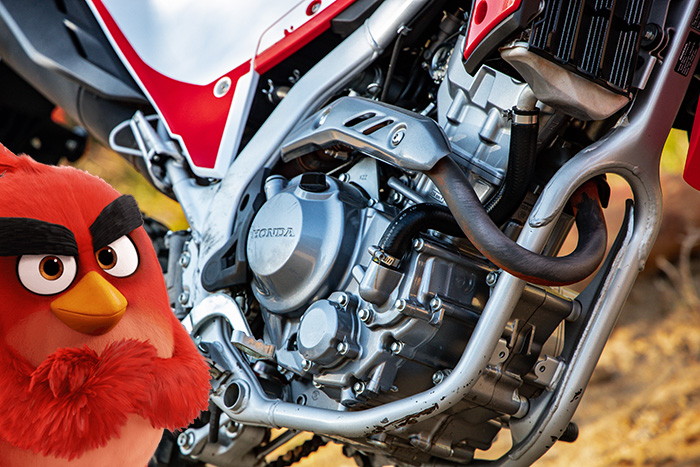