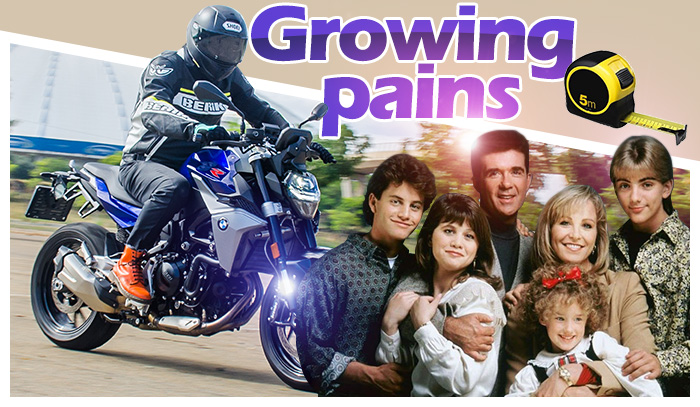 Like most bikes of today the new BMW F 900 R is an expansion over their previous 853cc, DOHC, parallel-twin. Not a bad thing because all the other manufacturers seem to be treading up the same path. So obviously this new F 900 R is the replacement for their earlier and slightly boring F 800 R naked bike.

For 2020 the engine has swollen to 895cc with a claimed 105hp and 92Nm of the torquey stuff. The rest of the bike has changed in many ways, including body shape and a class leading electronics package. All very nice indeed and I’m sure many of these will be seen around the streets of Europe, which is where the F 900 R is designed to dwell.

To keep the rider content in the urban zone he/she will adore the new TFT clocks with a massive bagful of information and interaction, the best I’ve come across in this class by a mile, a very impressive system. The most interesting part being the sport display, where you’ll have hours of fun with the lean angle metre (I saw 39-degrees), brake metre to show how hard you’ve grabbed the lever and a similar traction control view. Then it all interacts with your phone, of course, and so much other stuff that you’ll just have to go to their site and read more, as I can’t remember much more. 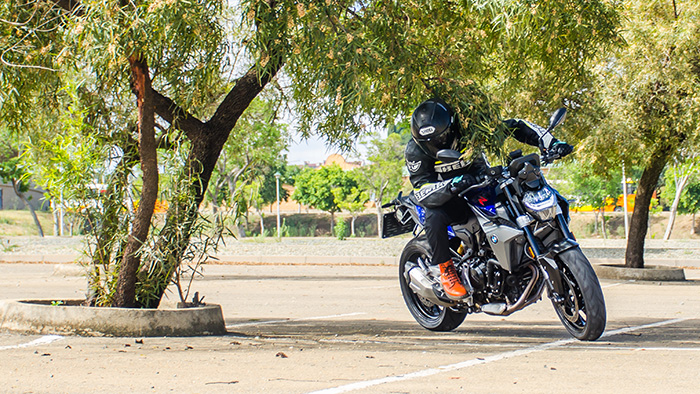 What I do remember is the new styling and typical superb build quality, and how easy it is to ride and live with on a daily basis, all well and good then?

Er, no, is my answer and for many reasons. The new styling is very attractive from all angles until you arrive at the front and see the new polygonal headlight, which is way out of proportion to the wide front end, looking like a body builder with a little head, or even a tick. Then the seat is way too hard for some inexplicable reason and after a less than an hour my botty felt battered. The electronic suspension only works at the rear and the forks are non-adjustable, which is weird. Then we arrive at the worst part of all, the quick-shifter! Who the fook signed that off? The ignition delay and gearbox settings are so far out you’re better off not using it at all and changing gear like it doesn’t have one, in the usual old style manner using the clutch. Every change up is a jerky affair and on the way down you have to stamp on the gear lever as if it’s stuck, terrible and throw it away. Otherwise the gearbox works fine thank you.

What you can’t throw away is the 211kg weight, very heavy in this class and about 40kg +/- more than KTM’s similarly priced 890 R Duke. The new engine in the F 900 R doesn’t seem to make as much power and torque as I though it would either, until you get over 5,000rpm. It does sound cool though with its 270-degree crank layout making it sound more like a V-twin. And finally, whilst in the moan zone, it costs an eyebrow raising R196,700, but is the full-spec model with every conceivable addition, I suppose. My advice is to lose all of that and clip 50k off the price, maybe?

Look it’s not a bad bike and the handling, stability and braking is very reassuring, in a typical BMW fashion. It’s just that I expected more from the big red ‘R’ on the tank panels and I felt a bit ‘fingered’ in more ways than one. Possibly the far better option with this new platform is to buy the new XR900 option with the same engine, but I haven’t tried that one yet, oh dear.

Go to www.bmw-motorrad.co.za for more technical details and to maybe book a test ride? 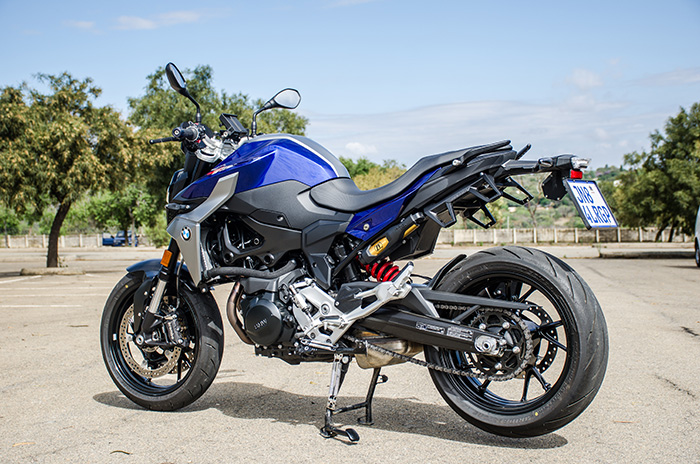