An English tourist was driving through the Outback when he noticed a man on the side of the road having sex with a kangaroo. A few miles further on, he came upon a small Outback town, parked his car and went into the pub for a drink.

"The barman said, "You heartless Pommie bastard. He's only got one leg. How do you expect him to catch a kangaroo?"

I invented a computer game called flabby birds.
It never took off.

I'm just off for a meeting with an Indian car maker.
Tata

Following all the controversy over the Winter Olympics, I find it a bit surprising that no male figure skater has made the brave decision to come out of the closet and admit to being heterosexual.

My wife likes to role-play in bed.
Usually she plays a coma patient.

I couldn't believe it when I found out my neighbour had beaten his wife to death with a sand wedge.
It must have been a really stale one.

Four Catholic men and a Catholic woman were having coffee in St. Peter's Square.

The first Catholic man tells his friends, "My son is a priest. When he walks into a room, everyone calls him 'Father'."

The second Catholic man chirps, "My son is a Bishop. When he walks into a room people call him 'Your Grace'."

The third Catholic gent says, "My son is a Cardinal. When he enters a room everyone bows their head and says 'Your Eminence'."

The fourth Catholic man says very proudly, "My son is the Pope. When he walks into a room people call him 'Your Holiness'."

Since the lone Catholic woman was sipping her coffee in silence, the four men give her a subtle, "Well....?"

She proudly replies,  "I have a daughter, 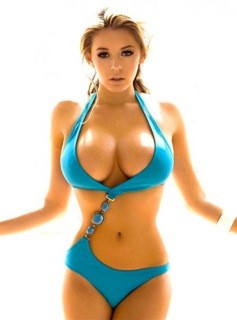 When she walks into a room, people say,

* An elderly man was stopped by the police around 2 a.m. and was asked where he was going at that time of night.

The man replied, "I'm on my way to a lecture about alcohol abuse and the effects it has on the human body, as well as smoking and staying out late."

The officer then asked, "Really?  Who's giving that lecture at this time of night?"

The man replied, "That would be my wife."

* My wife hosted a dinner party for all our friends, some we hadn't seen for quite a while, and everyone was encouraged to bring their children as well. All during dinner my wife's best friend's four-year-old stared at me sitting across from her. The girl could hardly eat her food for staring. I checked my shirt for spots, felt my face for food, patted my hair in place but nothing stopped her from staring at me. I tried my best to just ignore her but finally it was too much for me.

I finally asked her "Why are you staring at me?" Everyone at the table had noticed her behaviour and the table went quiet for her response.

The little girl said "I'm just waiting to see how you drink like a fish."

* One day my housework-challenged husband decided to wash his Sweatshirt. Seconds after he stepped into the laundry room, he shouted to me, 'What setting do I use on the washing machine?'

'It depends,' I replied. 'What does it say on your shirt?'

He yelled back, ' Notre Dame!'

And they say blondes are dumb...

* A couple is lying in bed. The man says,'I am going to make you the happiest woman in the world...'

* 'It's just too hot to wear clothes today,' Jack says as he stepped out of the shower..'Honey, what do you think the neighbors would think if I mowed the lawn like this?'

'Probably that I married you for your money,' she replied.

* Q: What do you call an intelligent, good looking, sensitive man?

I pray for Wisdom to understand my man; Love to forgive him; and Patience for his moods.

Because, Lord, if I pray for Strength, I'll beat him to death.

* Q: Why do little boys whine?

A: They are practicing to be men.

* Q: What do you call a handcuffed man?

* Q: What does it mean when a man is in your bed gasping for breath and calling your name?

A: You did not hold the pillow down long enough.

* Q: Why do men whistle when they are sitting on the toilet?

A: It helps them remember which end to wipe…

* Q: How do you keep your husband from reading your e-mail?

* While creating husbands, God promised women that good and ideal husbands would be found in all corners of the world...