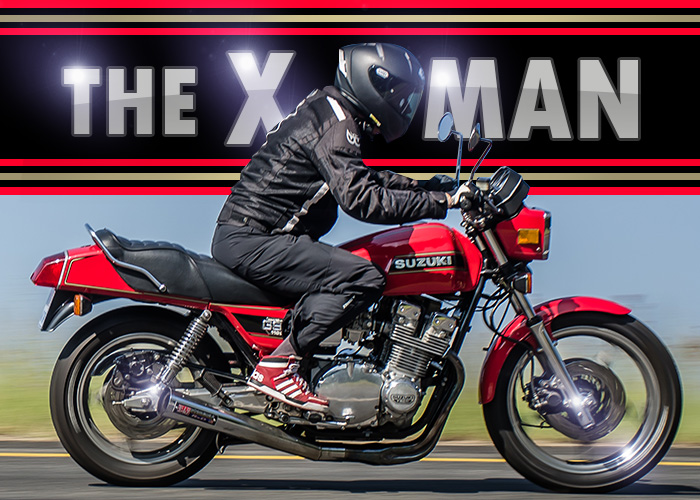 This beautiful example of Suzuki's GSX1100E is, without doubt, one of the best we've seen and, it's totally original and not restored, besides the exhaust. To the keen eye you'll also notice the 'small tank', which was allowed on the first ever models for racing use. Later models all had the 24-litre 'humpback' tank, so this version is a very rare beast indeed. 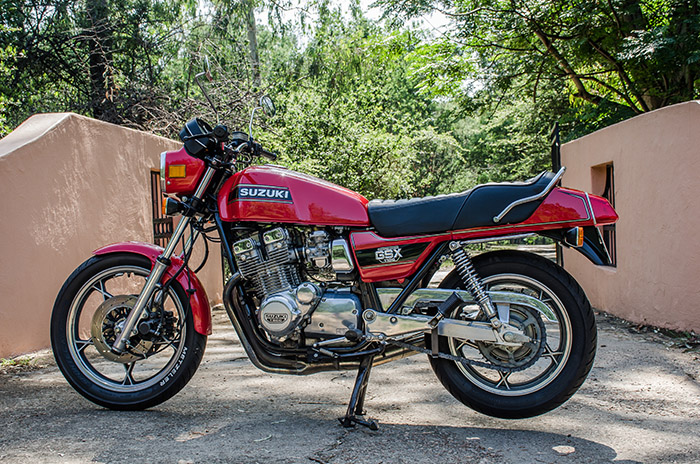 But in 1979/80 this bike set new performance standards across the world and instantly dominated production racing and, of course, drag racing. In fact, this exact engine, obviously in highly modified forms, still wins drag race titles today, a tribute to the heavy engineering found inside this massive air-cooled 16-valve motor.

But what aren't massive are the bike's dimensions. Sure, in its day it was a big motorcycle, but compared to today's machines it's actually quite small. It does weigh 243kg though, most of which is the engine, but when I rode it the GSX doesn't really feel that heavy. In fact, it's quite nimble and very easy to live with, especially when you sink into the super soft saddle. 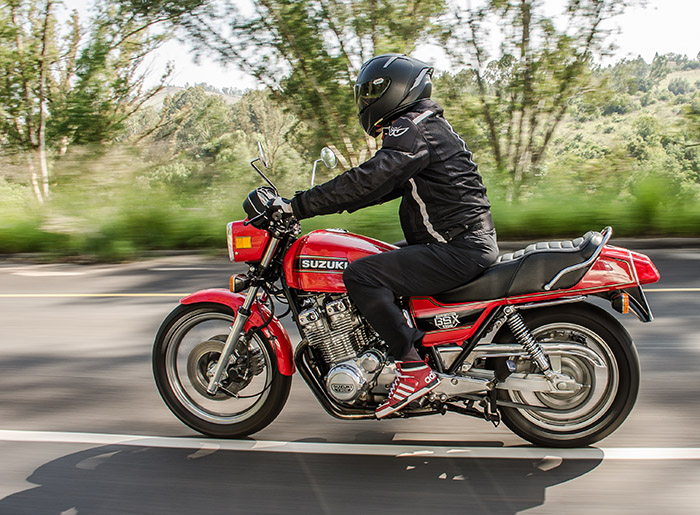 This was the first time the 'X' appeared on the side panels as the previous model was a GS 750/1000, unless you live in the USA where they called it a GS1100, for some reason known only to them, but they do tend to omit vowels from the English language so I'm not surprised. This bike is also the 'E' variant, which means it has cast wheels whereas some early models had heavier wire/spoke wheels and were therefore just called the GSX1100.

The GSX1100E was quite innovative as well, according to Suzuki that is. It was certainly the first big production motorbike to have an aluminium box-section swing-arm and fully adjustable suspension. The forks have some kind of damping adjustment at the bottom of the fork leg; spring preload adjustment and air can be pumped in too. At the rear are twin shocks with five preload setting and four damping settings to match. Even today the suspension feels rather good being plush and well damped, in fact the front forks felt better than some of the modern stuff I've ridden recently. Predictably the single-piston calliper front brakes aren't brilliant but still work well if applied with the huge rear disc at the same time. 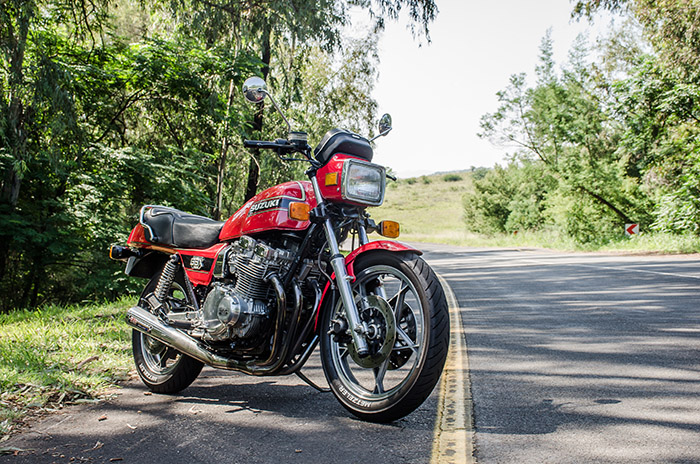 Another part, or parts, that feels better than modern bikes is the fantastic gearbox, which was always one of Suzuki's best attributes, and still is. But the best piece is that relentless 100hp engine, which I ran on the dyno and it still makes 100hp at the wheel after 40 years and 50,000km on the clocks. Suzuki claimed they also had the first 'check panel', which did nothing more than tell you if the bulbs/globes are blown and the battery needed topping up, still, it looked pretty when illuminated.

Talking of claimed figures, I also strapped a Racelogic device to accurately record a top speed. It recorded a very commendable 226km/h (141mph), which was also what Suzuki claimed in 1979/80. No wonder this engine was the drag racers choice and even in the mid-eighties 500hp turbo/nitrous engines were quite common at the drag strip, which makes Kawasaki's 2018 H2R (320hp) sound a bit feeble, doesn't it?

So obviously this rare 1979 original GSX1100E is worth quite a bit and highly collectable, possibly worth as much as a new GSX-R1000 and increasing in value every year. Unfortunately, the current owner does not want to sell it and I can't blame him. But one thing is for sure, I bet this bike will still be a daily rider in another 40-years’ time where a vast majority of modern superbikes will certainly not, say no more. 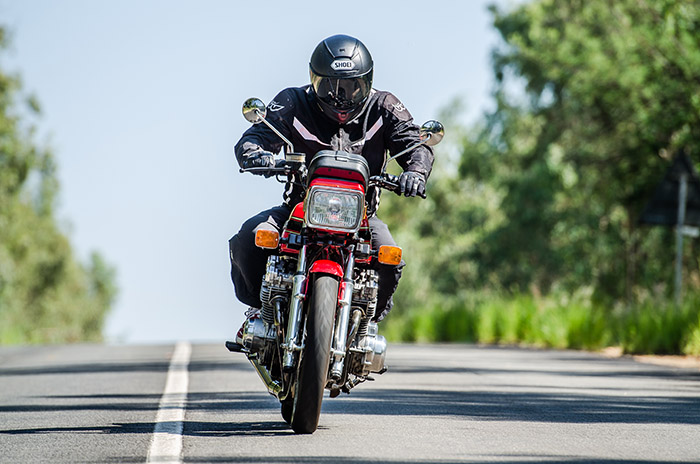