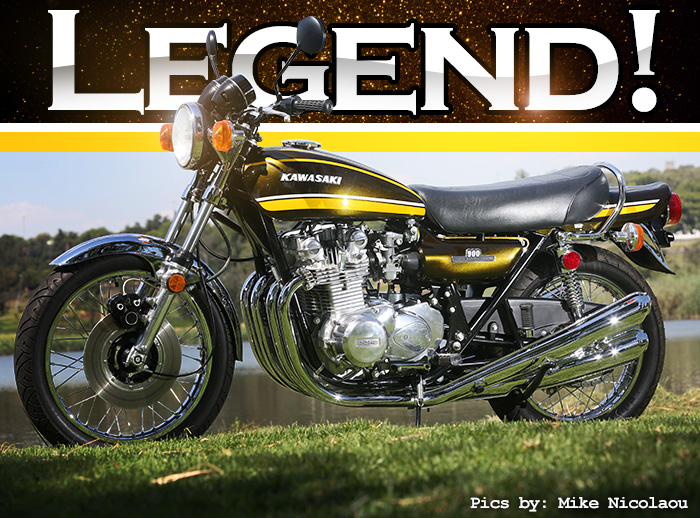 At the end of the 1960s Japan was on the war path, again, but this time to dominate large capacity motorcycles sales, which they did in 1969 with Honda’s CB750, setting new standards in reliability and performance.

However, around the corner Kawasaki were also about to reveal their 750 during the same period with a prototype project bike curiously named ‘New York Steak’. But they were too late and Honda got there first. So they shelved their 750 for a few years and came out with the Kawasaki Z1 in 1972 with a capacity of 903cc, making it instantly the fastest and most powerful bike to come from Japan. The Z1 is now, arguably, the most famous bike Kawasaki has ever build and now, horrendously collectable, if you can find one.

We have, and this stunning Z1A is from South Africa, restored to perfect showroom condition and you’re probably already wondering about the value. Well let’s just say a new ZX-10R is around R300,000 and this particular Z1A is worth more!

Anyway, value aside, this 1973 Z1A is still a gorgeous motorcycle in anyone’s eyes, right? But it’s not the first Z1, it’s the second generation released in August 1973, the original Z1 first appeared in 1972. Basically identical besides the candy green/yellow paint scheme and the grey finished engine. The first Z1 had a black painted engine but the finish was crap to say the least, so in bad climates it looked terrible after only a few weeks. So then the aluminium grey finish was used to the end of production for the Z1s in 1975.

According to records Kawasaki sold around 85,000 Z1s over the three years, certainly a success then. In 1976 the Z900 arrived and then onto the Z1000 the year after that, still a model name used today. There’s even an all new Z900 for 2017, cool man. Some names will never die and rightfully so. 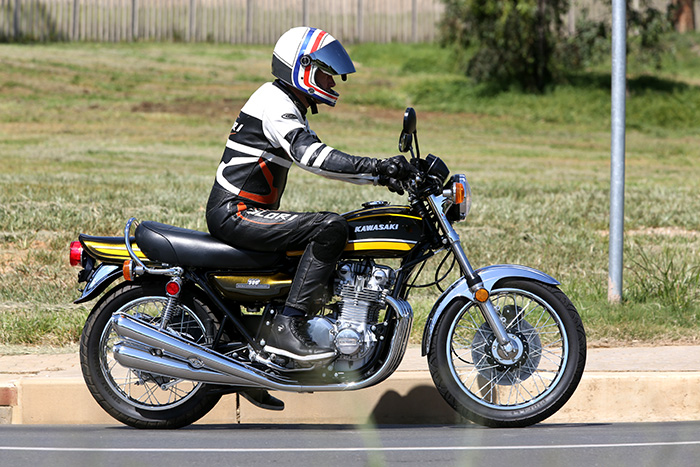 The Z1A we have here had a claimed 81hp@8,500rpm and a claimed top speed of 210km/h. With a dry weight of 230kg it’s not light compared to today’s machinery, but then again look at the materials it’s made from, the big duplex cradle steel frame for example.

Still, it was incredibly fast for 1973 as you can imagine. In fact, during 1972, the first Z1 set impressive and new AMA endurance records over 24 hours at Daytona, covering 4,209km with an average speed of 175km/h, nothing came close before that. Also during that same week Yoshimura got hold of one and Yvon Duhamel tore around the circuit recording an amazing 256km/h, like wow! No wonder they sold so many because it was hyper reliable, very smooth to ride and confirming the now famous ‘UJM’ badge, or Universal Japanese Motorcycle.

The only changes to the Z1A over the first ’72 model were the paint, revised drive chain on-board lube system or integral chain oiler, and the chain adjusting bolts on the swing-arm were increased from 8mm to 10mm, probably after many were stripped due to it’s impressive hard acceleration figures. 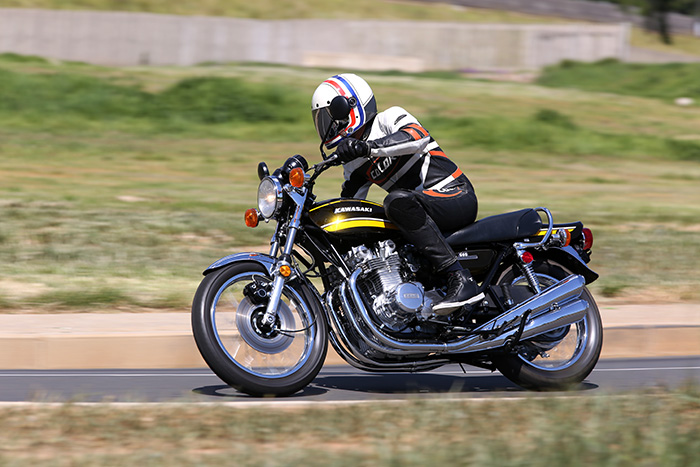 All this power, for ’73, did give the basic steel frame a hard time though and soon the Z1s were renown for ‘flexible frames’ shall we say, and the single front disc was equally as bad and predictably twin discs soon appeared on later models. Only in 1975 when the bike became a Z900 did Kawasaki improve things with a stiffer frame and better suspension, still not that good though and Suzuki proved it in 1976 with their GS750, setting new standards in the in-line, four-cylinder, UJM class.

So that’s basically the history behind the iconic Z1, Z1A and Z1B and now they’re one of the most collectable and desirable motorcycles you can try to find. Let’s just say – would you like this sitting in your garage or what? 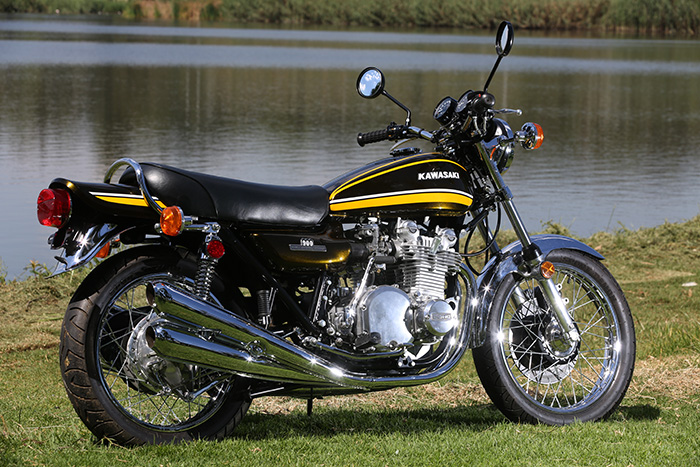