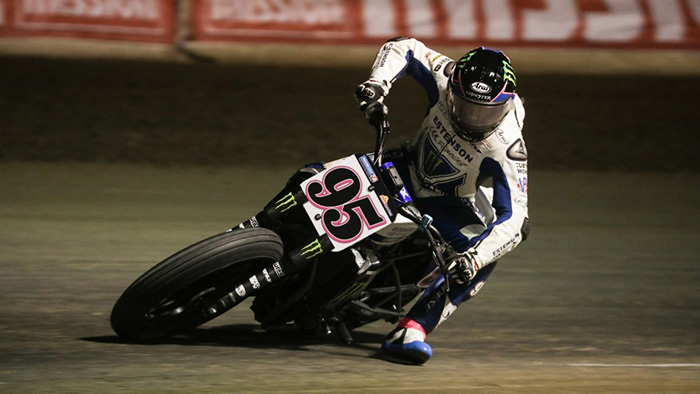 Beach won his Semi and then backed that up with a second-place in the four-lap dash for cash. He proved beyond any shadow of a doubt that those performances were no fluke by putting forth a race-long challenge for victory in the premier class Main Event. That effort ultimately concluded in a hugely rewarding runner-up result just 0.487 seconds removed from victory. Like Beach, Carlile also showed strength, storming up to sixth position on the race’s final lap. 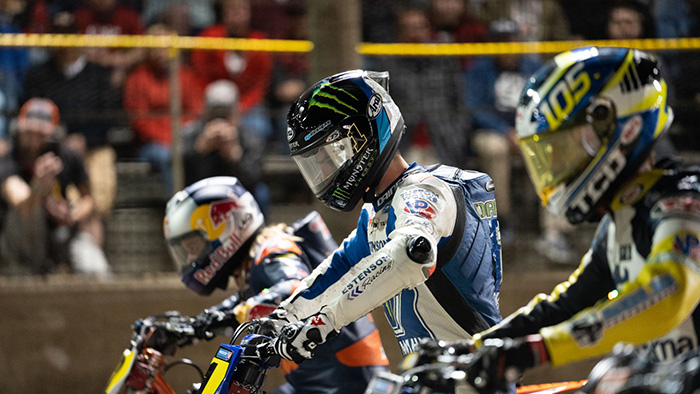 Meanwhile, AFT Singles teammates Daniels and Rush were every bit as impressive. The two ran in third and fourth, respectively, early in the Main Event until it was momentarily halted by a red flag. Reigning class champ Daniels made a concerted push off the restart and quickly executed a pass for position with an eye on tracking down the leader. The 17-year-old ace successfully reeled in the front runner but simply ran out of time, finishing a scant 0.131 seconds short of victory at the finish line. 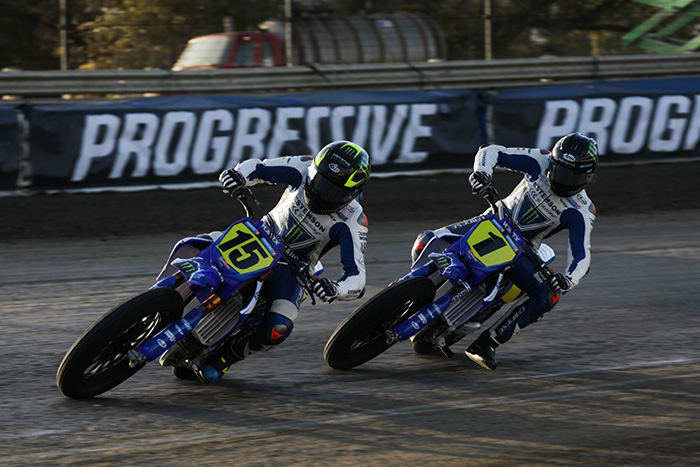 Rush worked his way up to third, where he found himself at the head of a five-rider freight train contending for the final spot on the podium. The experienced rider held strong in that position, hitting the flag 0.072 seconds ahead of his fourth-placed rival.

The Estenson Racing team will look to build on its spectacular start to the year in tomorrow evening’s second half of the season-opening Volusia Half-Mile doubleheader.

“What a great start to the 2021 season for the entire team. The 450 guys both were competitive all day. Dallas was fighting for the victory on the last few laps, and Mikey rode a strong race to put both our bikes on the podium.

“The SuperTwins guys both had a really good day as well. JD was riding really well all day, winning his heat, taking second in the dash, battling for the win the entire race, and finishing with a very strong second place. Kolby picked it up in the Main Event and charged through the pack for a very solid sixth. It was good to see him ride with more confidence in the Main.

“This was by far our best overall performance in the last two years, and that was because of the commitment and hard work of our riders and each member of the team. Every member played a part in today’s success. We are looking forward to coming back tomorrow and trying to take it one more step farther in both classes.” 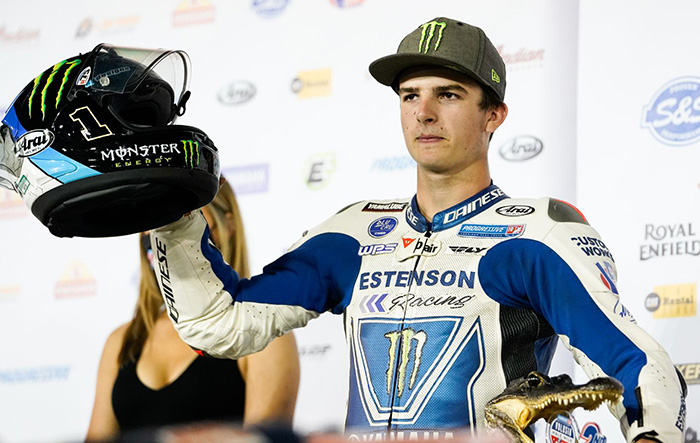 “It’s great to start off the year like this to be on the podium after the year we had last season. I just can’t thank the whole team enough. They worked so hard this winter and just kept plugging away and kept trying to think of new things to try to make the bike better. They never gave up. I’m just so excited. We still have a long way to go, and it’s a long year, but we’re definitely starting off on the right foot. I also have to thank my family and friends back home. They’ve had to put up with a really grumpy guy. When the race weekend doesn’t go well, it goes back home with me, and they’ve had to deal with me. So I have to thank them for staying behind me and to keep pushing me. I couldn’t have done it without them. I’m really pumped about today, but we’ve still got to wake up and do it again tomorrow.”

“I am so happy with how tonight went. To be able to walk away from race one with a sixth-place finish feels so amazing. My best finish of last season was a 13th, so for me to start off this year with a sixth is amazing. We didn’t qualify great or have a good Semi finish. I was struggling to find my comfort zone on the bike earlier in the day but our team put their heads together to come up with a plan for the Main Event. The bike was great. I got a great start and kept moving forward the whole time. I need to put myself in a better place earlier in the day, and I believe I can run in the top five. I had a great off-season coming back from my injury. I also revamped my training program as well. Fitness was on point tonight, and my knee was great. I am excited to go for it again tomorrow!”

“It was a really good night here at the Volusia Half-Mile. My Estenson Racing Yamaha YZ450F was working amazing. My crew chief James Hart and mechanic Larry Fulton had the bike working great. We made big improvements from last year, obviously, not making the Main Event at the season opener, and now coming out and getting second. I felt like I got held up a little bit by Max Whale but once I cleared him, I slowly tracked down Shayna (Texter-Bauman) but it was just too little too late. I’m looking to improve tomorrow and hopefully get on the top step.” 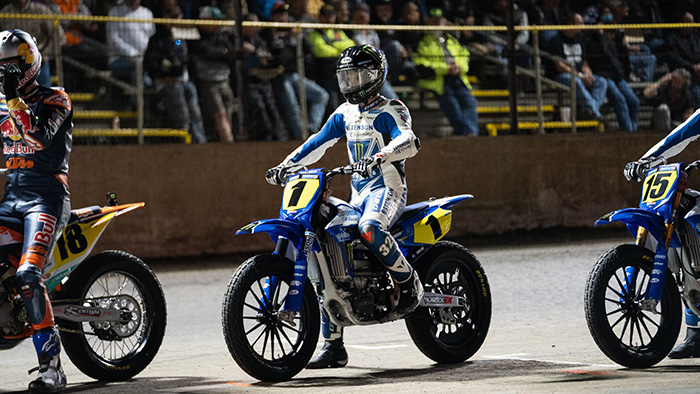 “We’re excited to put it on the box today at Volusia. After struggling a little bit earlier in the day, the team made some changes to the bike. We ended up coming from the third row to get into fourth right off the bat and worked our way into third. I have to give a big thanks to the whole team for supporting me like they do. I’m super excited to be on the box at this first race. We’re sitting third in the points now, and hopefully, we can carry this momentum on to tomorrow and for the rest of the year.”