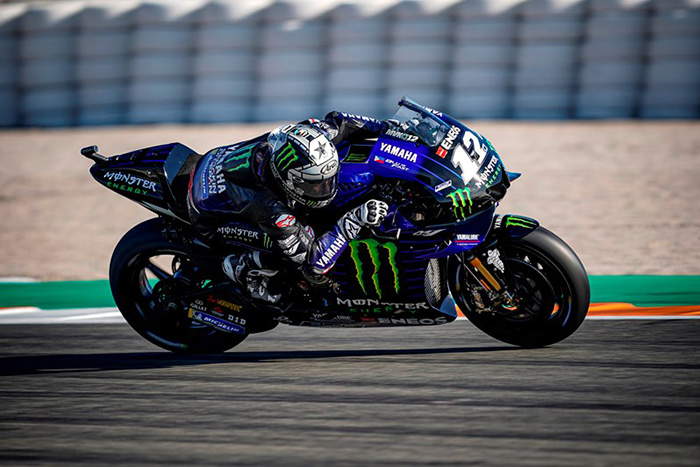 Monster Energy Yamaha MotoGP‘s Maverick Viñales and Valentino Rossi continued their work at the Valencia MotoGP Official Test, eager to collect as much data as possible for the upcoming Jerez Test next week. They enjoyed a positive second day at the Circuito de la Comunitat Valenciana - Ricardo Tormo, testing the new engine and chassis. Their enthusiasm about the new parts showed in the results: Viñales took first both Day 2 and in the combined test results, while Rossi set the ninth fastest time of this day and was tenth in the combined standings.

Viñales was pleased with the new prototype bike on the first day of the test and continued the positive vibes today as he noticed consistent progress on each run. The Spaniard picked up where he had left off yesterday, working on the 2020-engine spec and trying to further tweak the prototypes chassis set-up. He rode a total of 67 laps and bettered his personal best time from the first day by 0.478s, setting a 1'29.849s on his 56th lap, making him the only rider to dip under the 1'30s during the test. He ended the session in first place, leading a Yamaha top 3. The result puts him also in first position in the combined test timesheets. 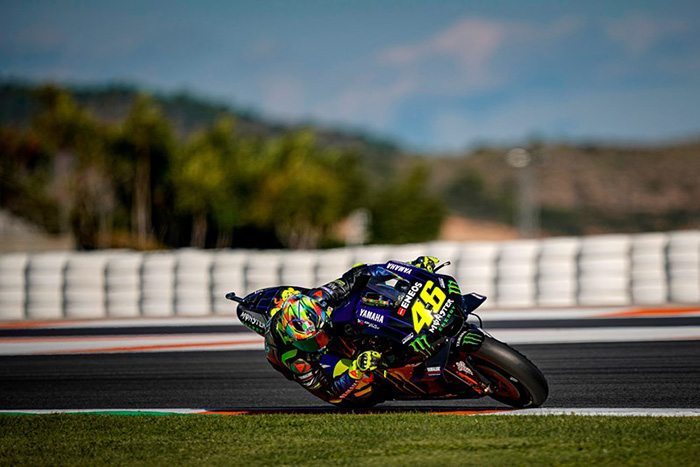 Rossi was on the case again on the second day of testing at the Ricardo Tormo circuit, underlining his dedication to his beloved sport by clocking 68 laps in total. The Doctor had nothing but positive feedback for the new prototype YZR-M1 and was, like his team-mate, fully focused on getting the new engine and chassis in perfect shape before testing them again in one weeks’ time. He set a 1'30.781s towards the end of the day, enough to put him in ninth position in the rankings, 0.932s from today's best time. The lap earned him tenth place in the overall Valencia Test results.

The Yamaha engineers will thoroughly go over all the data of the Valencia Test, in order for the Monster Energy Yamaha MotoGP Team to make another step at the joint private Jerez Test held on 25th – 26th of November.