Kawasaki’s new Z H2 could be a supercharged supernaked missile 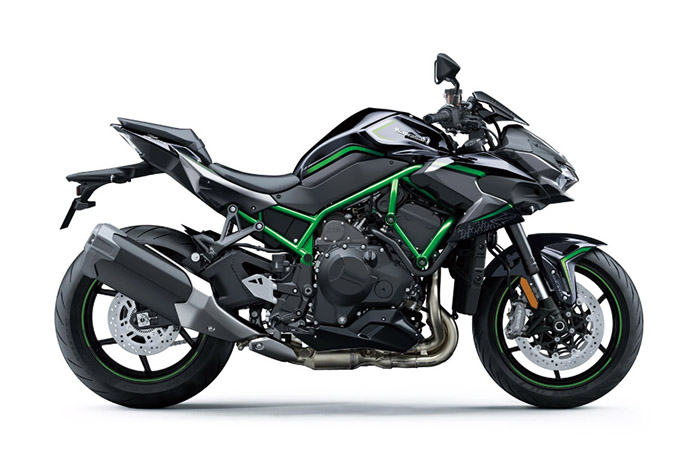 Kawasaki’s new Z H2 could be a supercharged supernaked missile with nearly 200bhp and over 100ftlb of torque on tap.

At the heart of this armwrenching weapon is the H2 SX’s super-smooth 998cc motor, although it’s been retuned for the Z to give more mid-range thrust, making its whopping 101ftlb of torque at just 8500rpm (1000 less revs the H2 SX requires).

There’s a stack of IMU controlled electronics to stop the Euro5-friendly engine tying everything in knots including three riding modes, lean-sensitive traction control, ABS… oh and launch control, just in case that Porsche is giving you a bit of bother at the traffic lights!

The new Z also weighs a significant 17kg less than its H2 SX brother (239kg claimed kerb weight against 256kg for the SX) with much of that saving coming from the obvious lack of bodywork.A new exhaust design now houses a larger catalyst while Kawasaki claims new, longer manifold tubes improve low-down power. These modifications, as well as a smaller exhaust end-can, have also helped with the Zed’s diet.

The steel trellis frame looks similar to the H2 SX’s but has been redesigned to accommodate a shorter (by 35mm) wheelbase and a double-sided swingarm. 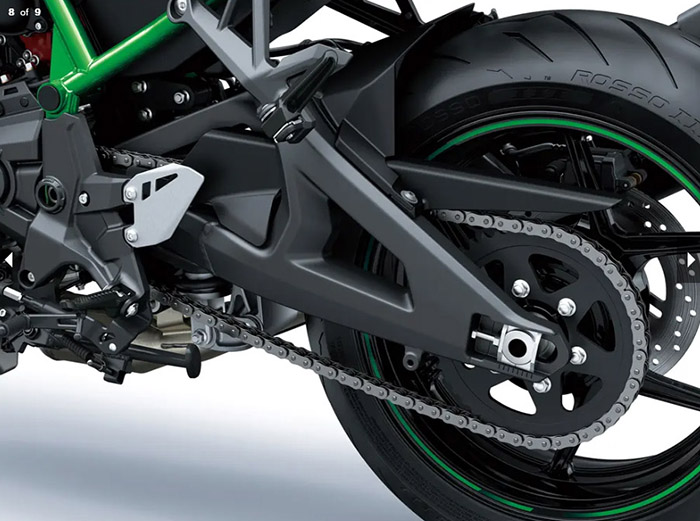 Fuel capacity stays at 19 litres, and there are no signs the supercharged motor is any more frugal.

As well as the now almost obligatory TFT LCD clocks, the Z H2 comes with Bluetooth connectivity that links to an app on the rider’s phone to store all sorts of information, much of which can be accessed on the screen. 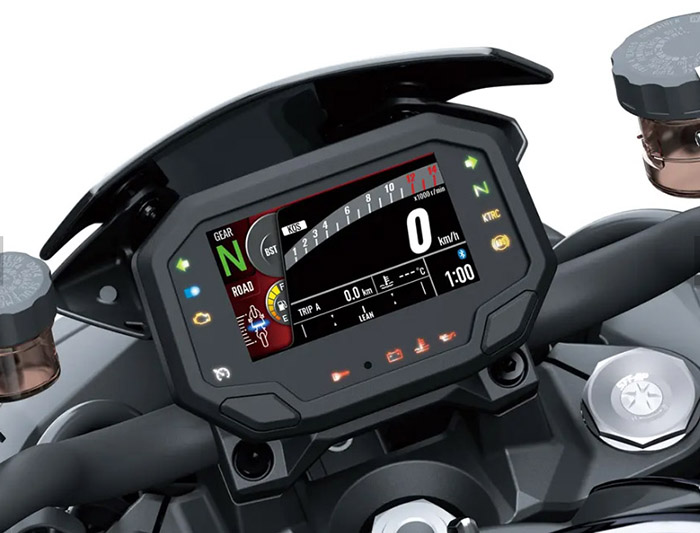 Riding modes can be set remotely through the app, too. Although the styling remains undoubtedly Z, with its front end grimace, this super naked bears much more resemblance technically to its H2 SX brother.