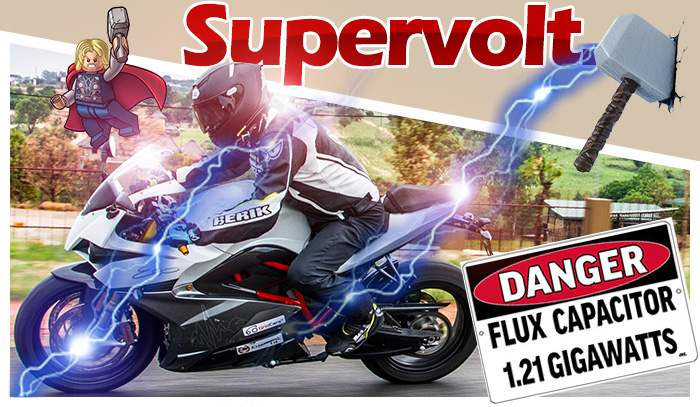 During the MotoGP calendar there’s also the FIM MotoE series, obviously for electric bikes only, well Energica ones to be more precise.  They’ve been involved since 2019 with the electric bike new class, which is gaining momentum at an unrivaled pace. Indeed they’ll continue as the single manufacturer until 2022. All good to watch and be impressed by you say, but what if I wanted to own one for the road and visits to my local pub, seeing as ‘race’ bikes are for track use only?

Well I have the answer and this is it; the stunning Energica Ego that is basically their race bike for road use. Over 150hp and 200Nm +/- is what you get and every ride is as exciting as finding your first porn mag under your dad’s bed. An obscene amount of thrust is delivered in such a civilised fashion that I had no interest in anything with a petrol engine for the week the Ego was in my garage. I wouldn’t say it’s the best bike I’ve ever ridden, because that debate can be argued for many hours and is dependant on what you’ve been drinking, but the Ego is, without doubt, one of the most impressive.

Now 200Nm+ is a huge amount of torque but no motorbike can be easier to ride and access it. You have no clutch or gear lever, as there’s just the one, and it cannot be stalled. Just launch off the line and catapult yourself to an indicated 246km/h (which I observed), on the high-class digital display, or over 150mp/h in English, tremendous fun on all counts. Anyone can ride an Energica with the only thing to be weary of being the 270kg weight which, like all electronic technology, will reduce over time - remember the size of the first cell phone batteries, and now?

There’s another thing with evolving battery technology, any 2020/2021 Energica model will throw away its current 13Kw battery and be replaced with a new 21Kw cell, doubling the range and even more power, how’s that for evolution already? Currently harsh riding will give the rider about 100km of madness and about four hours to charge at home but, with the ever expanding fast charging points throughout South Africa, yes there’re hundreds believe it or not, it will only take 20mins +/-. They’re easy to find with a new App being loaded onto the bike to tell you where, and how far, the next fast charger is. It’s all down to the barrage of new electric cars from many manufacturers in SA where sales are growing daily. So the charging issue isn’t really such a big problem anymore. 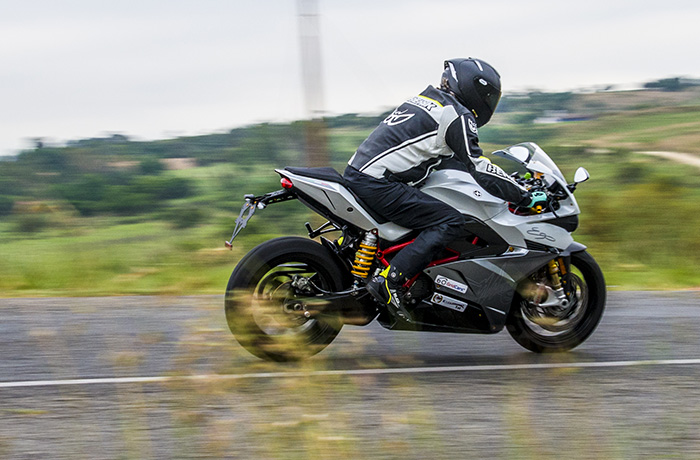 Another issue that falls away are the inevitable service costs of a petrol-powered superbike, The Energica Ego only needs tyres, chain and brakes addressing as the electric motor is guaranteed for one million kilometres. Those chassis parts are of the highest quality too with Brembo, Ohlins and Pirelli adding to the glamour.

It is a glamorous bike on all counts and at around R600,000 it needs to be. But with some superbikes costing well north of a million Rand, I don’t think it’s overpriced, seeing as they’re all hand-made, beautifully finished and lathered in carbon-fibre. This was confirmed by everyone who saw it and they were also more than impressed by the build quality, which is partly due to the lessons learned around the track in the MotoE class. This is far from a mere ‘toy’ folks, but instead a remarkable superbike designed to deliver electric nirvana.

To find out how quick the Ego is I strapped on our Racelogic Performance Box machine for some acceleration numbers, which are listed below. During the quarter-mile though I had to back out, due to ‘taxi traffic’ as I was testing on the road, bit naughty I know but…whatever. So, if the throttle were kept open, the Ego will certainly dip into the high 10-second bracket and no bike I’ve ever ridden is easier to get into that illusive time bracket on a daily basis.

So would I buy one, or any of them, you ask? A resounding yes is the answer and if you haven’t tried one you have no idea what you’re missing. I let a few experienced riders have a go and all came back as impressed as I. Electric bikes are here to stay and getting better and more efficient by the week and I for one am transformed with the Supervolt experience, so there! 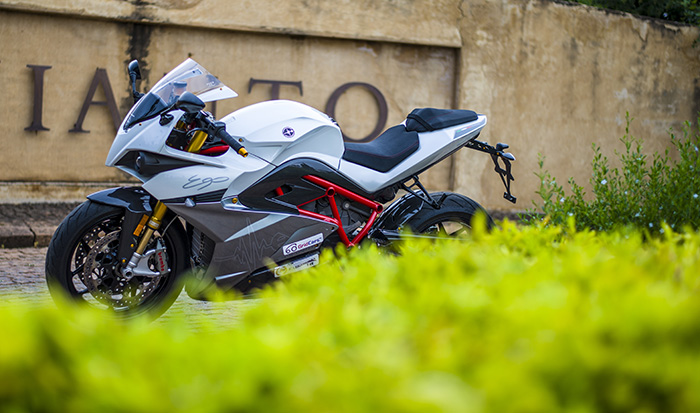 Go to www.energicamotor.com for all technical information, amazing new models and interesting videos about the race series.

E-mail:  This email address is being protected from spambots. You need JavaScript enabled to view it.

This email address is being protected from spambots. You need JavaScript enabled to view it. 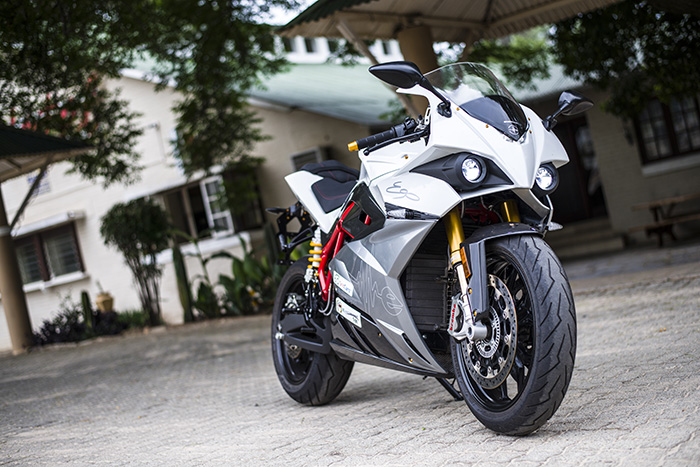