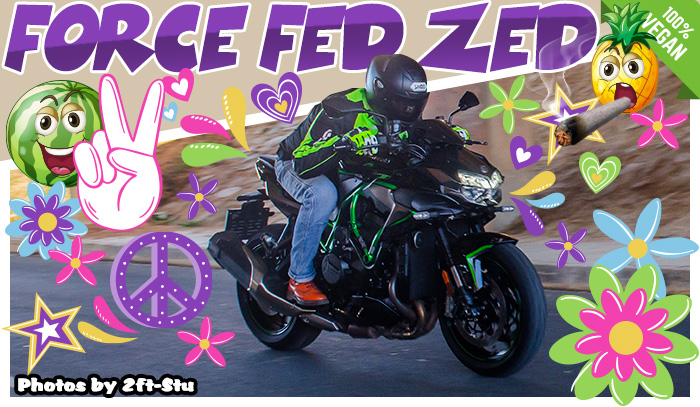 In our current world riddled with many restrictions and exhaust emissions you’d think ridiculous motorcycles would be banned. All because of the Euro ‘scientists’ trying to protect fragrant flowers and newborn children from absorbing ‘stuff’ from the surrounding atmosphere. These incestuous ‘do-gooders’ do have a point I suppose, but I really don’t care when massive trucks, jet planes, trains and of course millions of hubbly-bubbly smokers don’t either, and blatantly so.  Trying to restrict a motorcycle’s rectum with catalytic converters and air injectors are all well and good, but it’s quickly becoming a very boring subject.

Now enter Kawasaki with a resounding ‘fook-you’ to the world of two-wheels and the people who govern them. Sure, the z H2 does have all the vegan inserts in and around its engine but building a 200hp+ naked bike with a supercharger hanging off the side gets a massive thumbs up from myself, totally unnecessary but instantly desirable.

It’s not the first time Kawasaki have ‘fingered’ the world with their forced induction models, as we already know about their faired H2, H2 SX touring thing and the rather silly, but very cool, 320hp H2R. So, what could they do next? How about take off the fairing, make a new shorter steel trellis frame and lob in that 200hp+ motor, tremendous on all counts I say.

I hate the ‘naked’ designation, don’t you? It’s just a ‘normal’ motorbike before fairings were invented, right? But it does lean towards sexiness when you mention you have the most powerful ‘naked’ production motorbike ever made, or maybe not? Either way the z H2 affects me in a strange but arrogant way when people say, “nice bike”. Then you just have to grab them by the ears and force them back towards the supercharger cover and spurt, “yes, but look at that fooker!”. 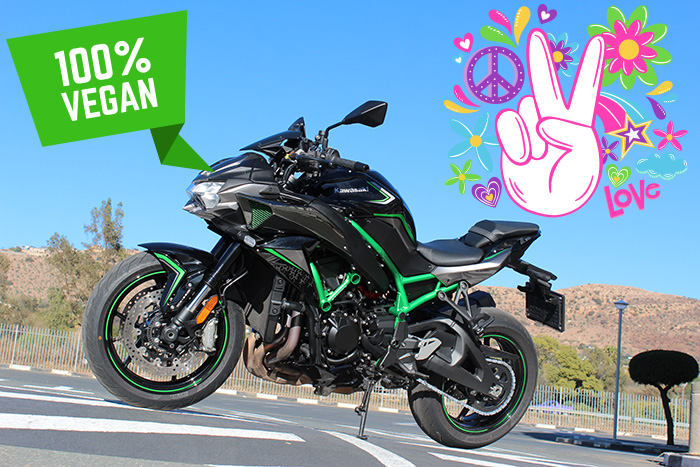 Inevitably their eyes widen, and they think you’re more macho than Captain America, well not really as I’ve recently lost my shield, but the z H2 really does boost your ego. Speaking of boost, this is what the z H2 is all about, making horsepower.

Kawasaki claim 200hp@11,000rpm and 137Nm @8,500 from 998cc, which will send you over 270km/h with very little effort, besides hanging on like a baby baboon to its mother in a hurricane. Some people moan about the lack of wind protection, well don’t buy one then, when you know what it says on the tin! They do tend to have ‘pipe-cleaner’ arms, a beard, and used to own a GS in the 90s though, so that’s possibly the reason!

Anyway, miserable gits aside, is it uncontrollable to ride you ask, or should? Err, no, far from it. Even though the z H2 weighs a hefty 239kg it is a relatively small machine, no bigger in any way than their z1000. The Showa suspension is superb, and I never had a desire to fiddle, showing how good it is. Brembo monobloc calipers also add to the list of quality components, a good thing with 200hp and close to 140Nm. It really is a fun and entertaining bike and not as intimidating as you’d expect, until you ‘nail’ it…

Then there’s the wealth of electronics to assist or hinder, depending on your mood. Too much to dribble on about so go to their site for more information. I turned everything off and left it in full power mode and surprisingly never acquired too much wheel spin, again confirming a great chassis and suspension package. I did like the very distracting lean angle gauge and a little blue man who goes forwards and backwards as you brake and accelerate, on the TFT display.

With all these aids turned off you’d expect, with this power, for the z H2 to be a wheelie beast, which it is and most certainly isn’t. It’s all down to the supercharger’s fault. Yes, it lifts the wheel effortlessly in first and second but try to keep it up there, like their z900 I’ve just had for example, and you’ll land it a spot of trouble. The boost comes in so aggressively as the wheel comes up that you can’t easily control it, as in a bit scary, then an abrupt shut off is the only answer. Still it is a very easy bike to live with on a daily basis and it’ll enjoy a trip to Woolworths and back, on a quest for a fine beef pie and maybe an intriguing biscuit selection. 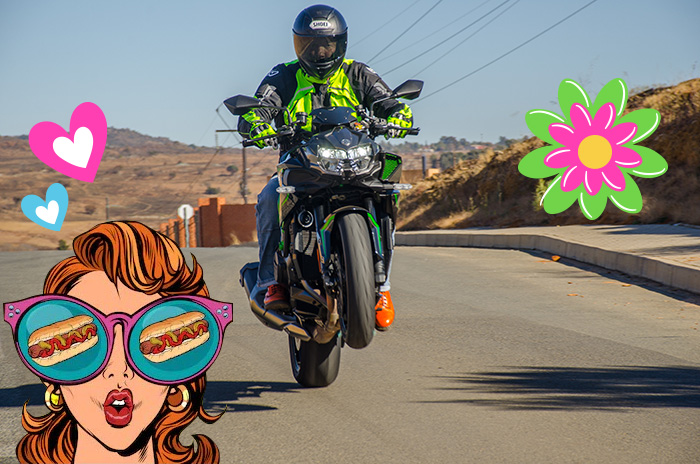 So with supermarket feasting aside, would I buy one at R329,995? Most certainly yes, because the z H2 is the most mental naked bike ever made, and for me, the best Kawasaki ever made, need I say more? 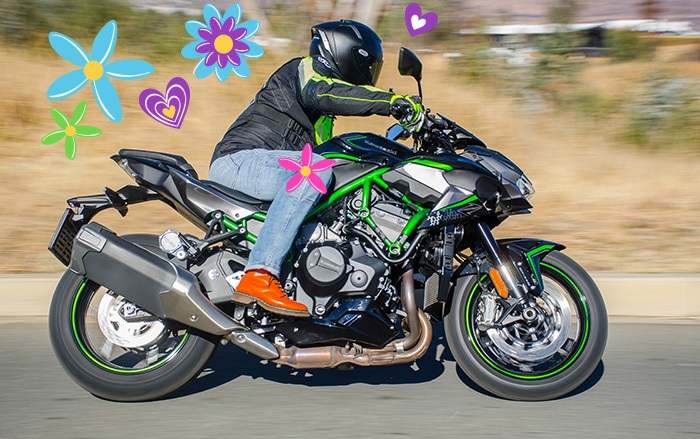