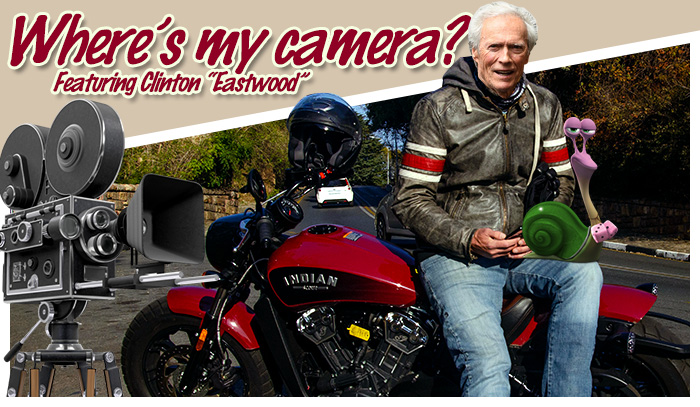 During my many years on planet earth, and not many more left (big sigh from my family and friends, maybe?), I’ve ridden just about everything on two-wheels. Bikes like Alfie Cox’s Dakar bike, a GP 500 two-stroke missile, a diesel powered Royal Enfield from Durban to Jo’burg, and everything new and old in-between since the mid-seventies to name a few. Now I know that we never had modern day phone cameras in those distant and cloudy days but there were cameras for sure.

But, forget my ‘trippy’ memories of many outstanding motorcycles though and fast-forward to today and more importantly this rather fetching Indian Scout Bobber. Out of everything I’ve ridden I’ve never, ever seen so many inquisitive people get their cameras out for a shot of this particular Indian, well not since the capture of Geronimo. Now why would that be? Well he was justifiably attacking the arrogant and pompous ‘white-faces’ who were blatantly taking over his land and killing all of his indigenous people, so wouldn’t you? Oh sorry, I’m supposed to be writing about this motorbike, must be those ‘hazy days and crazy nights’ from the seventies catching up.

So camera fest it was wherever I went. Some people even thought I’d rebuilt the bike from the 1920’s, which is mighty praise for the Indian design team. Thankfully the new Indian Scout Bobber rides nothing like they did back then. It is a visual beauty though with the Indian name astounding everyone who saw it and interestingly very few knew the name was back and in production. Maybe the marketing team here in SA should take notice here?

What did make me take severe notice is the stunning 1,133cc, eight-valve, fuel-injected, V-twin, unique to the Indian brand. It’s the first time I’ve tried this liquid-cooled engine, in fact it’s the first time I’ve ridden any Indian Scout variant, which seems a bit odd. Never mind though this potent lump makes 95hp and 97Nm of torque. Now the torque figure isn’t that high for 1100cc+ but that’s because this engine revs. There’s only a digital rev-counter situated inside the single clock with carbon replica insert, so with a quick static visit to the rev-limiter I soon found it revs to 8,250rpm. But that’s only part of the engines story… 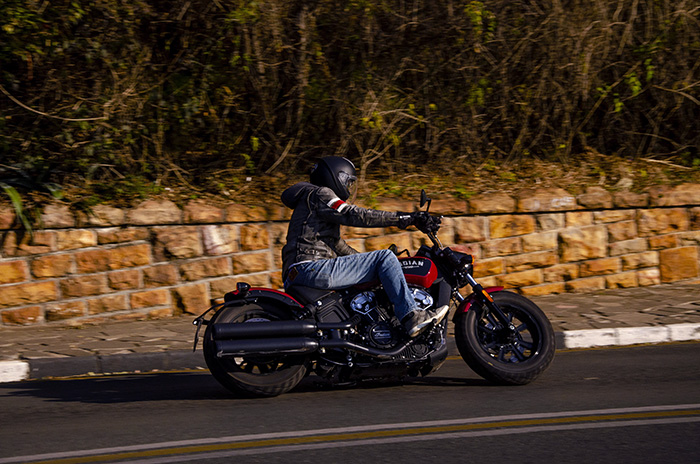 Initially it feels smooth and lazy, like a cruiser should feel, and then there comes a large dose of vibration in a proper American built fashion as the revs rise. Then weirdly it all smoothens out again but continues to tear off at an impressive rate until the rev-limiter intrudes. No wonder this engine is cleaning up in the highly competitive USA Flat-track series. It sounds good as well even though it has Euro emission enforced giant and ugly silencers, which will be the first thing to go to the bin, I’d imagine?

Those big pipes also interfere in other ways. Yes this is the Bobber version with 50mm less travel in the rear shocks than the basic Scout, but these specific Bobber shocks could also do with an update. This however gives about as much ground clearance as an anaconda with a hefty fridge on its back. So when cornering right it’s best to hang off the Scout like a quad, if you catch my drift, to stop one drifting in a spray of sparks.

To be honest that was my only complaint but it is a low-slung bobber so stop winging, right? Did I mention how good this engine is, so who cares? Indian state that this version is aimed more at the 40-50 year old who goes no further than 50km to the local bar or other ‘social venues’ who’ll only scrape the inside of their wallet, so fair enough.

This low rider stance does have one highly entertaining benefit though; it’s basically a street legal drag bike with 100hp, tremendous! I’ve done a lot of that so to me I was in launch heaven. Hold the throttle wide open on the limiter (again), and just dump the clutch. To 100kmh nothing will stay with it and I left a few fancy superbikes with a Red Indian face until they came past. I also did this a ‘few times’, to say the least, and not once did the clutch or engine complain. A testament to how strong this platform is and I even pondered about fitting a nitrous oxide kit if I owned one, probably not the 40-50 year olds though?

With a 650mm seat height a 50-year-old Hobbit can enjoy this bike but it is a bit of a reach to the tracker style flat ‘bars and forward mounted controls. Does make you feel a bit of a mean badass though as you’re pulled over the 12.5 litre gorgeously painted maroon petrol tank. In fact, if you have beard, which many new owners probably will, you’ll be able to polish the tank with it as you ride, which is nice.

The whole build quality of the Indian Scout Bobber is way beyond nice though and it does give the rider a very nostalgic and proud feeling when aboard, many bikes do not, right? The name is a history lesson alone and many of the ‘picture takers’ I encountered wanted to hear more about the bike, the Indian name and why it’s back. And at R189,000 many were surprised how affordable this Indian is, well much cheaper than an original photo of Geronimo and his mates I’m sure.

So I bet you’re wondering if I would choose a similar priced V-twin from the ‘other’ well-established American brand over this. Most certainly not is my answer, I’m afraid. I just fell in love with the name and Hollywood image it portrays. Now when can I try another one…the forthcoming and inevitable flat-track version please?

Go to www.indianmotorcycle.co.za to book a test right, you’ll be impressed. 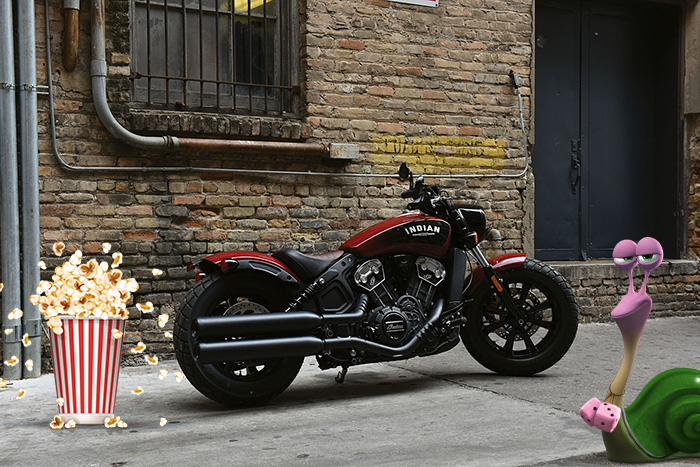