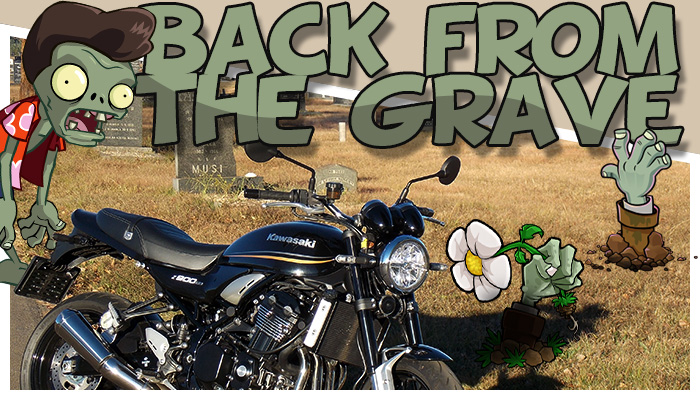 Now this one new motorbike I’ve been looking forward to, because I used to own an original Z1 and z900. But let me clear something up first; It seems many ‘journos’ keep saying this is roughly based around the 1972 Z1, which was never a z900, sorry for you. They actually went, Z1, Z1A, Z1B then z900, which then had exactly the same badge on the side panels as this 2018 version does. Just thought I’d relieve that from my chest cavity before I commence. Then in 1976 the z1000 replaced that, but anyway…

So Kawasaki has taken up the challenge to build a modern classic and came out smiling, because this is most certainly a gorgeous, retro-styled machine, if not the best money can buy at the moment. The attention to detail and build quality is the best I’ve ever seen on any Kawasaki and many new owners will have hours of unsurpassed fun cleaning every part to keep it that way. Even though this was a press bike I also wafted a cloth over it before every ride, which I don’t even do to myself.

Last year I was more than impressed with their new lightweight z900 but that has the latest ‘Transformer’ 2017 styling, like the 2017 z1000. So Kawasaki took that peach of a motor and modified/adapted it to fit this new z900RS. They said it makes more torque, which rarely happens, but after a dyno run it most certainly does. Much more torque and power all the way to 7,500rpm is what you get and it can certainly be felt. The ‘futuristic’ 2017 z900 made 112hp the RS 97hp but top end performance is secondary to this style of bike. Just roll on from pull-off and a creamy smooth wave of torque pushes the rider forward in a wealth of comforting acceleration. That all sounds a bit gushy and written by Kawa’ PR (not), but it’s true and it doesn’t take long to form a loving relationship with the z900RS. In fact I can see new owners never selling this motorbike once bought and keeping it to hand down to their kids. 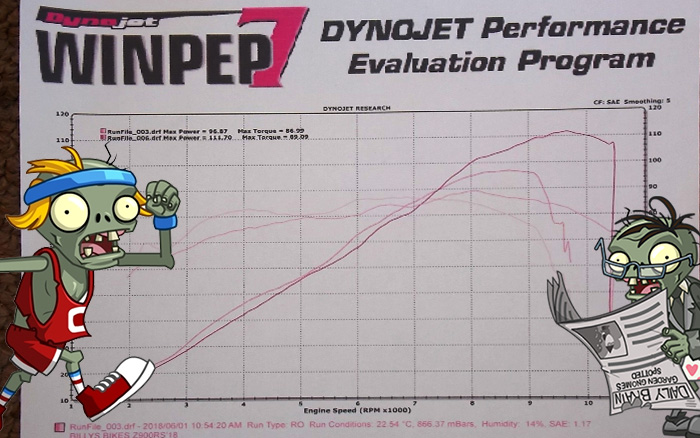 I don’t think it’ll ever have iconic desirability for collectors of the 70’s bikes though, but who knows? I’ll be a grave dweller myself well before another 40 years anyway, so I’ll never know. Meanwhile I’m still alive and I can’t fault it; well maybe a few things that made me rub my chin. One, where are the spoke wheels, you can fit them to your 300 Versys adventure bike? Two, the oblong out-of-place LED indicators should be round and orange like the original, but obviously smaller. Three, the ducktail rear cowl should be longer, like the original. And finally I’d have preferred to have seen twin-shocks at the rear. Four silly and trivial points to some, besides the wheels, but that’s it folks the rest of the bike is perfect.

Regarding those twin shocks, or lack of, the suspension on the RS is superb. KYB ZX-10 type forks are racetrack class and the rear single shock has well chosen damping settings. This makes the RS agile and easy to lob around even though its 215kg, and those big radial brakes take care of that side in an equally commendable fashion. Don’t think of the RS as some flash, brash cruiser because it is a very accomplished sports bike as well. 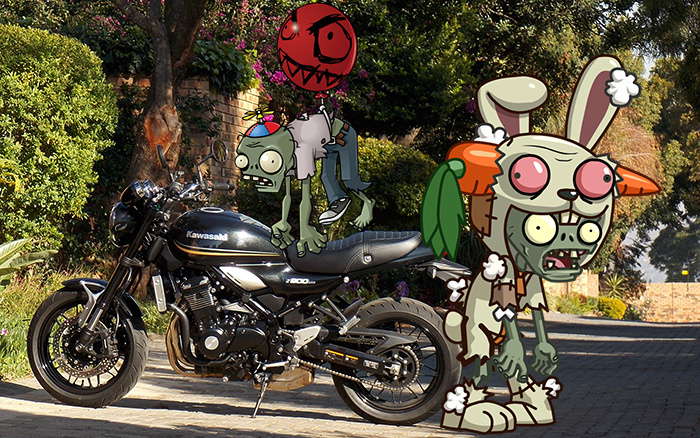 Sure the ‘bars are wide and the seat is big and soft (hurrah for that), but showing off at low speeds and/or tearing through bendy roads are both taken care of by the stunning RS and the sum of it’s modern parts. It’s just so easy to ride and live with that every ride is a grin filling pleasure.

It all seems to work for SA riders as well, where naked bikes tend to suffer in the sales department, but all of the initial shipment of the RS has already sold out. I for one am ecstatic that Kawasaki has brought the z900 ‘Back from the Grave’ and, after seeing the reaction of many people while I was out and about, so are they.

Go to www.kawasaki.co.za to find your closest dealer and buy one right now. 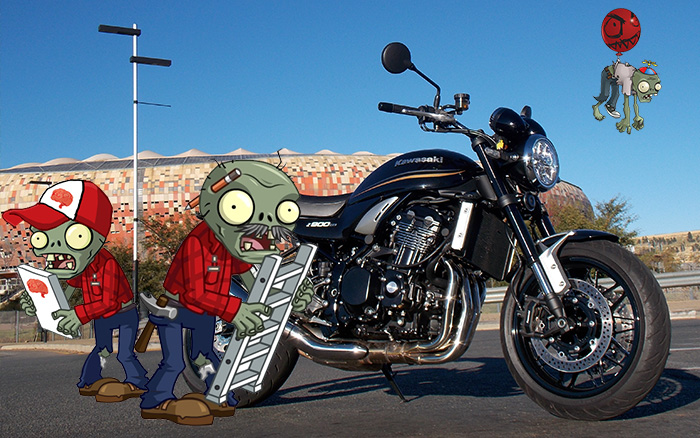