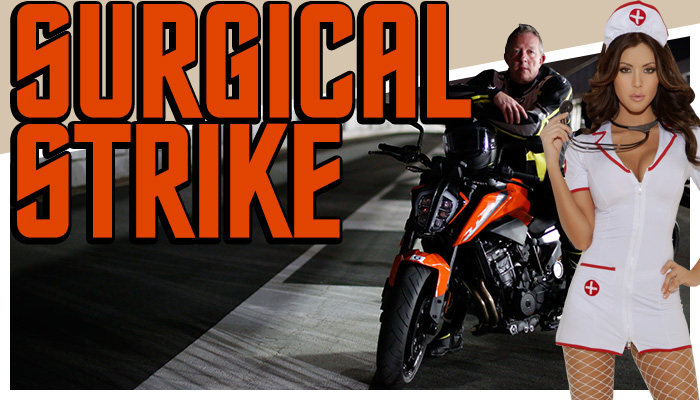 Oh yes, after a seemingly long wait the all-new KTM 790 Duke is here, named ‘The Scalpel’ by the KTM board of finding new names. So is it as sharp as they say or is it just another blunt attempt to make a new motorbike to set new standards in this highly competitive class.

I say highly competitive class with a bit of trepidation here because the naked bike market has never really taken off in South Africa compared to Europe. But I sincerely believe this is changing now and in the foreseeable future. Why you ask? Well in my mind these are ‘real’ motorcycles with no fairings and the like, and they all look much better than something lathered in plastic and carbon, right?

If you don’t agree then you’ll probably not be interested in this type of machine and if you’re still not interested you’re missing out. I adore flat ‘bars and exposed engines no matter what the distances are, so there. Go touring on this, why not? Seen people going around the world on a Honda C90 Cub!

Anyway, enough of why you should own a naked bike and more of ‘The Scalpel’ now. KTM have had the single-cylinder 690 series for ages so it was time to attack the rest of the bikes in this class with a completely new 799cc parallel twin engine. 105hp is claimed from this physically small motor and I was intrigued to find out how close this figure is and it’s ‘very’. 96hp on a Dynojet dyno is what you get and to put that into perspective it’s 5hp more than the old 990 engine, quite amazing I thought. Obviously the 990 has more torque but the 799cc twin still records 80Nm with 60 of those appearing from the moment you twist the ride-by-wire 42mm throttle bodies.

KTM initially played around with a V-twin but the parallel unit eventually erupted from the drawing board and fed into this lightweight chassis. Only 169kg is the dry weight and it feels it when you’re on it. Do not think of the 790 Duke being a scaled down version of the monster 1290R Super Duke, oh no folks. You see I’ve had the pleasure of the 1290R and 390 Duke as long-term bikes so I know them both like family. This new derivative feels more like a 390 with 100hp at the rear wheel than a smaller big daddy V-Twin, very impressive.

I felt this trait straight away when I first had the ‘bars in my hands at the Kyalami racetrack at night. A few lights were scattered around the track to relieve total darkness and as I scared myself into literally blind corners the first thing that came to mind was how light this thing is. Once again it reminded me more of a hyper fast 390 Duke and changed direction with nothing more than a mere dip of the elbow to make it do so. Another thing that stood out at the track was the engine’s noise; it sounds fantastic and uncannily just like the 1290R Duke V-Twin. Much wizardry from the Moto GP garage is responsible from the offset crank and odd firing order to the stock and surprisingly loud silencer. Basically, it’s a ‘big-bang’ engine and if you don’t know what that means get onto the ‘Net because I can’t be bothered to explain and the kettle has just boiled.

Now I’ve had my morning tea I can get into where the 790 Duke really excels and that’s on the public streets. Sure, it’s a great track bike and a majority of KTM’s corporate adverts show it there, but razzin’ around Jo’burg or anywhere else for that matter lets you enjoy the whole concept more, I thought. Once you set up and constantly confuse yourself with what settings you require that is.

Yes the 790 Duke is predictably riddled with every electronic gadget KTM has used in the past. ABS, traction control, motor slip control, launch control, anti-wheelie control, track power modes and possibly more can all be adjusted and fiddled with, like the 1290R, and seen on the full-colour TFT clocks. Couldn’t find heated grips though, which was a little disappointing but available I’m sure. You can also Bluetooth and connect the dash with your phone and GPS if you fancy that too. 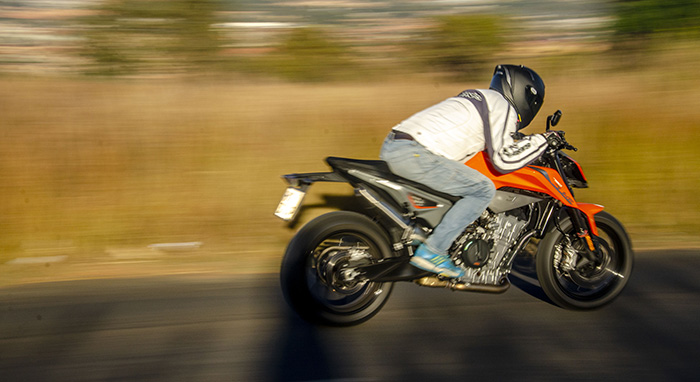 Now being the biggest fan of naked bikes, as you’ve gathered, and to keep things ‘real’ I rode the 790 with everything turned off. I liked the wheelies in first gear off the throttle and spinning the rear Maxxis tyre at every opportunity rather than electronic interference thank you. I did ponder if KTM should actually make a version that has none of this and it’ll be considerably cheaper as well, just a thought? I did revel in the quickshifter though that enticed the rider into short shifting just for fun and, rewarded a twitch of the foot with instant up change and a crack from the exhaust. So I left that part untouched but as you can see the 790 has an awful lot of things in its bag to attract all forms of new owners. If you need even more stuff to place in its bag there’s a huge range of genuine KTM Power parts to add a splash of individuality, which is nice of them.

Two other bits that filled my bag on the 790 was how well chosen the damping rates are inside the WP suspension, for once I never complained in that area. And secondly, I was flabbergasted on how good it is on fuel, even whilst tearing around like a stabbed rat. KTM claim 4.4-litres per 100km, with a little more restraint (very hard), you’ll get even better.

So how does one sum up the new 790 Duke? Tremendous is a good start and obviously the imminent arrival of the Adventure version will have those riders drooling. Understandably so because this parallel-twin engine is highly impressive. R147,999 will have one sitting in your garage, which isn’t too bad at all for the bag of tricks it comes with. And you’re possibly asking by now, maybe, if I would buy one. The answer is definitely a big yes it’s so much fun and a polished all-round package with which you can timidly trundle on or just go mental at will. In a nutshell ‘The Scalpel’ cut me deep...geddit?

Go to www.ktm.com for more details.

Also visit and book a test ride from www.radmoto.co.za 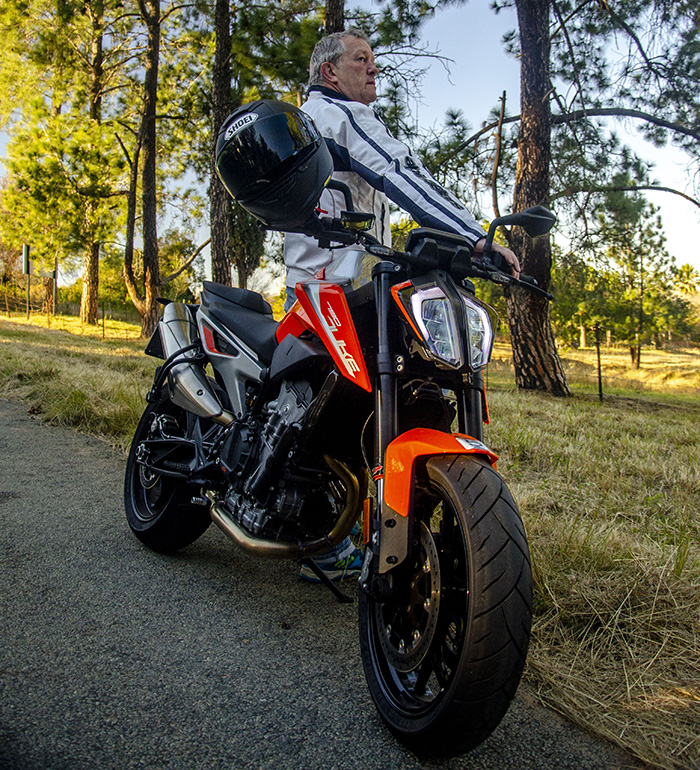