If you think of the name Husqvarna the chances are you’re going to think of off-road and moto-cross bikes, right? They’ve been around, or so it seems, forever with these types of motorbikes aimed at dirt riding fun and competition events. I think Steve McQueen owned one in the late 60s/70s, or his brother did, or perhaps even his mother, either way Husqvarna is certainly a household name in the world of motorcycling.

For 2018 though Husqvarna has changed lanes and gone into a market, which they say, is a little unique compared to the ‘others’. At first sight with the three I rode here I’ll have to agree because they do look like nothing else on the market, which is where they’re aiming. Funny that ‘Aiming’, seeing as their Swedish names are White Arrow (Vitpilen) and yes you’ve guessed it Black Arrow (Svartpilen), which you’ll have to explain every time you visit your local as people ask what the name means. Also the new Husqvarna catch phrase for these bikes is ‘Simple. Progressive’. Irritated me after hearing it a thousand times and sounds a bit like a line from a special needs school – why not something like, ‘Hyper-cool. Desireable’, just a thought Austrian PR dudes?

Now let’s just go to the Austrian connection first.. We all know KTM own Husqvarna since 2014 and the Indian giants Bajaj also have a large piece of the pie. So it doesn’t take a ghostly Steven Hawking to work out all three should work together. Therefore the engine and frame of the 401s are the same as the India made KTM 390 Duke and the 701 is the engine from the KTM 690, nothing wrong with that folks and business wise it makes sense. However, the 410/701 range is made in Austria so the prices are considerably higher than the Asian bikes.

Look, a curry in India is always going to be cheaper than one found in the middle of Europe, right, if that has anything to do with anything, if you see where I’m coming from, probably not?

So, they look sweet and certainly different from Husqvarna’s last range of street bikes, which was? Yes, you’ve won a lonely goldfish – the Nuda 900 with a BMW engine. A good bike it it’s own right but never really took off, something they hope to change with this trio and the Svartpilen version of the 701 will follow shortly, making four ‘Arrows’ to pierce the funky/trending/cool lifestyle fraternity.

Husqvarna SA enforces their market is aimed more towards barhopping than racing around town. Indeed the 401 Vitpilen is classed as ‘Urban-Street’, Vitpilen ‘Street-Explorer’, and the 701 ‘Street-Roadster’. All designed to look splendid around town and have a modern-retro appeal to youngsters and older riders alike. Maybe even totally new riders who desire something that is rare to see with a timeless name on the tank.

Anyway, enough of all that stuff now, so what they like to ride you ask and less of the ‘aiming’? I agree and well, they actually ride like you’d imagine. Fuss free with very little electronic interference, from the 401s at least, more of the 701 later on. 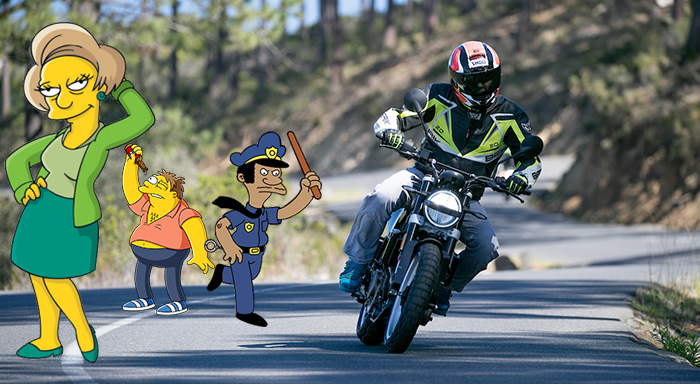 The 401 White Arrow is purely a little Café racer with its clip-on ‘bars and slightly rear-set footrests. It does look very cute and no doubt perfect for the posing style of Cape Town where the SA launch took place. The 375cc engine spits out 43hp and 37Nm. Place this inside that steel trellis frame and the bike weights in at a mere 148kg without fuel (9.5-litres). The Black Arrow version weighs 2kg more but does have a tank rack, skid plate and higher ‘bars, otherwise it’s the same thing in every way with softer suspension settings.

Both 401s have a distinctive LED headlight and a round instrument console to match with a digital display. But the two riding styles are for a perspective rider to choose. One is for the ‘clip-on’ café style; the other more upright for the adventure type image with its Pirelli Scorpion tyres compared the road biased Metzeler M5 on the other.

Both bikes are small and therefore very agile to lob around and dismiss traffic at will. The engine, the best sub 400 engine on the market, is lively and with a bit of clutch work will lift the front wheel for a more excitement. Brakes work well as does the predictably good WP suspension. In fact you don’t really need to add anything to these bikes beside maybe a loud pipe from the huge range of extra bits from the Husqvarna book, not to mention the massive range of ‘Pilen clothing to add even more style.

After much fun on the 401s I enjoyed just a brief ride on the 701 and will grab it again in the future for a longer test. But this is the most powerful single-cylinder (around 700cc) engine you can own with 75hp and 72Nm at the end of the fly-by-wire throttle. Amazingly the 701 has a claimed weight of 157 (dry), only seven more than the 401! So obviously it’s much faster and will easily go over 200kmh with your head well down over the wide clip-on stance.

Being the big ‘Pilen it has traction control and Bosch ABS that can be turned off for lunacy mode, which will happen at one time or another for sure, especially with a loud silencer conversion courtesy of Akrapoivc. The best gadget though is the up and down quick shifter, which worked impeccably, even at low rpm. A proper big single hit for the big single fans – that’s the 701 in a nutshell, or quiver (get it), arrow and all that?

So three new, four soon, very attractive motorcycles that will surely generate a cult type of following and ‘Pilen motorcycle clubs will inevitably spring up for frequent Husky gatherings. And why not, this is where these bikes will flourish and deservedly so. I for one are glad Husqvarna has decided to change lanes, now, and certainly in the near future. So come on Husqvarna, what can you do with the 180hp Super Duke 1290R engine – now there’s a plan!

Click here www.husqvarna-motorcycles.com/za to book a test ride at you local dealer. 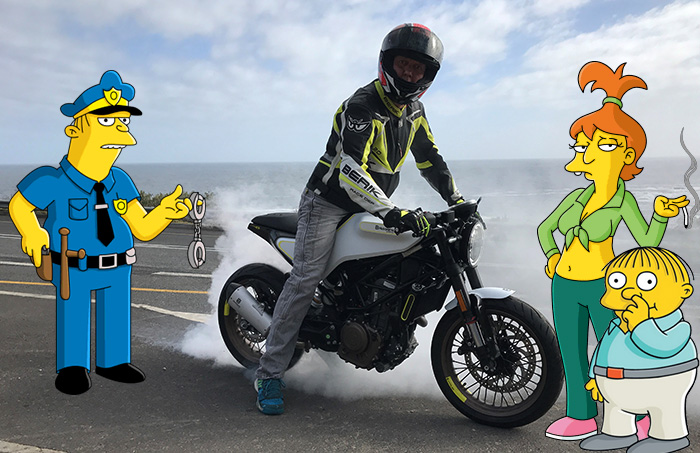