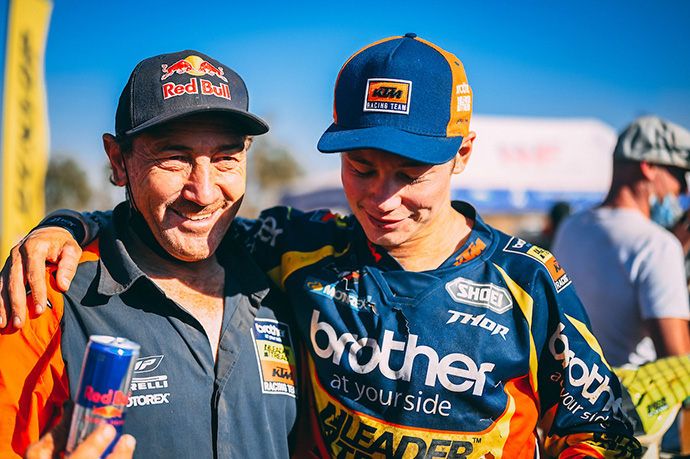 The event welcomed riders to a dusty Delmas route where star rider Bradley Cox stormed to not only the OR2 Class win, but the victory overall. While the multi-disciplined rider had enjoyed a winning streak since both Enduro and Cross Country racing resumed last month, the seemingly elusive overall title had been evading his grasp. He explained, “To take a win in my class is so good, but to claim the overall victory is something special. Over the last year and a half, this overall win has haunted me. I broke my collarbone in 2019 while leading overall, and then last year I had a lot of second place finishes. To finally snatch up that overall victory is an amazing feeling and something I want to experience again in the last round.”

As a KwaZulu-Natal based rider, Cox is more accustomed to tighter routes, but he mentions thoroughly enjoying the challenge of the fast-paced terrain that Delmas provided this weekend. It was full-speed ahead from the moment the race started as Cox faced the challenge of chasing down Kerim Fitz-Gerald. Despite navigating through unrelenting dust, it wasn’t long before Cox passed Fitz-Gerald and controlled the race from the front until the finish line. 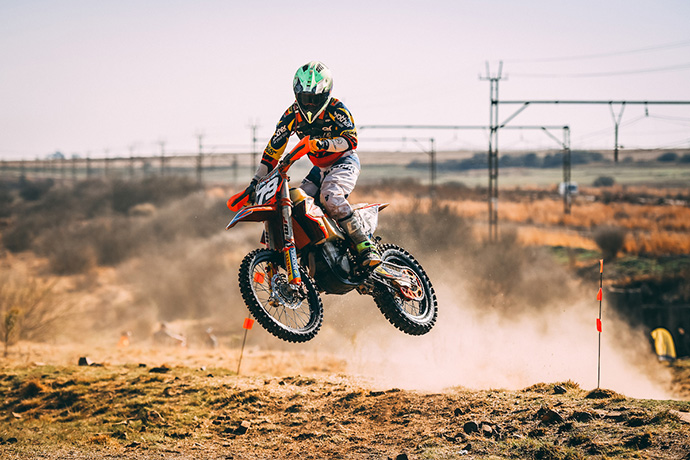 While Cox has opened up a comfortable points lead as the season finale approaches, he has no intention of slacking off in the slightest: “It’s nice to have a comfortable points lead going into the last round, but if there’s one thing I’ve learnt through racing is that it’s not over until it’s over. I have to go into the last round with the same intention to give 100% and chase down another win.”

When asked about the secret to his success this season, Cox revealed: “I always say that the goal is to win, and it really is. My job is to put KTM on the top step and fly that orange flag high. There’s no secret formula, it’s all about hard work. I just keep grinding day in and day out.” 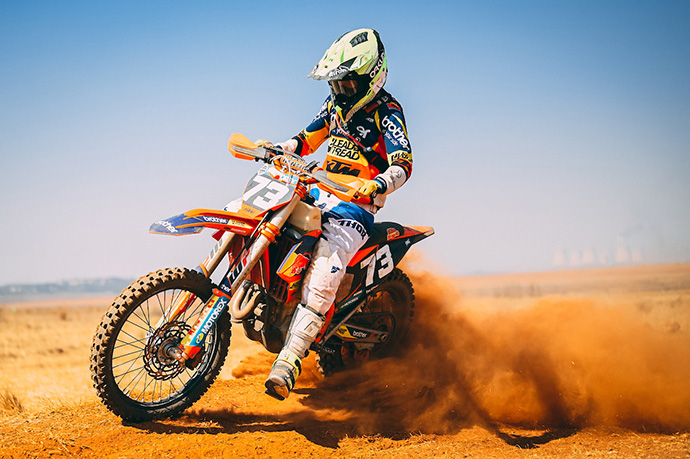 Fresh off a hard week of racing the Kalahari Rally was Brother Leader Tread KTM teammate Charan Moore. After a slower start to the race by his own high standards, Moore was left to navigate in the unforgiving Delmas dust for most of the event.

Once the gaps started to open up between riders, however, Moore managed to pick up the pace with each passing lap to finish the event strong. While he admits that racing back-to-back was challenging, he describes the experience that he gained over the past week as invaluable. 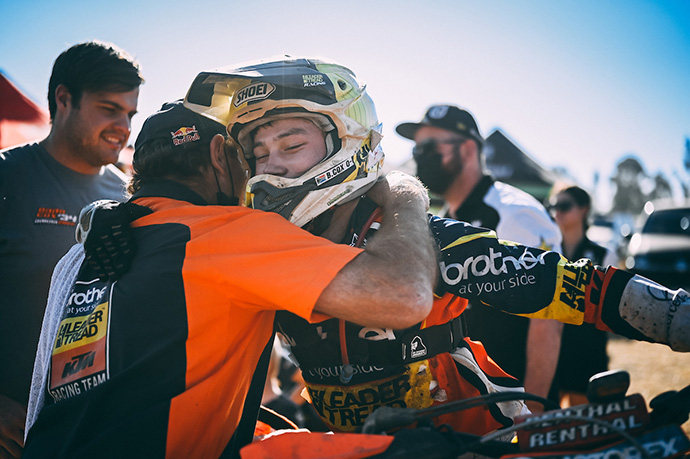 As he works towards his bigger 2022 Dakar Rally goal, he commented, “The last week was tough mentally, but it also helped prepare for what to expect when I race the Dakar next year. I really embraced the challenge of it all and have a much better understanding of what will be required of me.”

With the final event of the season looming large, Moore’s goal remains the same – to bridge the gap on the frontrunners in the OR1 Class. “This season has come with many challenges and my goal has been to narrow the gap on the leaders in the OR1 Class. How you finish the season is just as important as the wayou start it, so I’m looking forward using the final race as an opportunity to end the year on a high note,” said Moore. 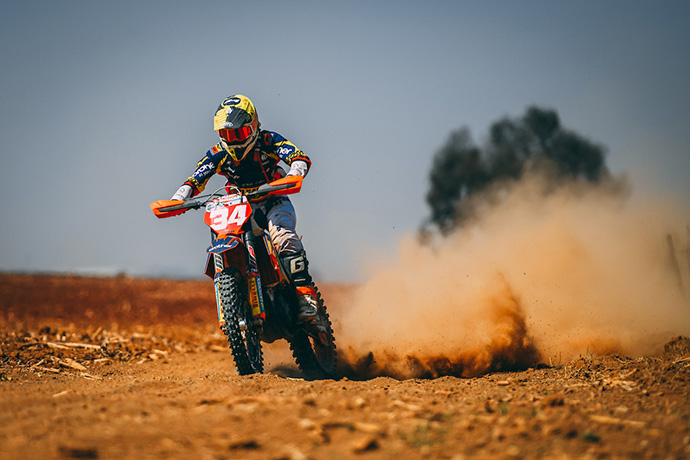