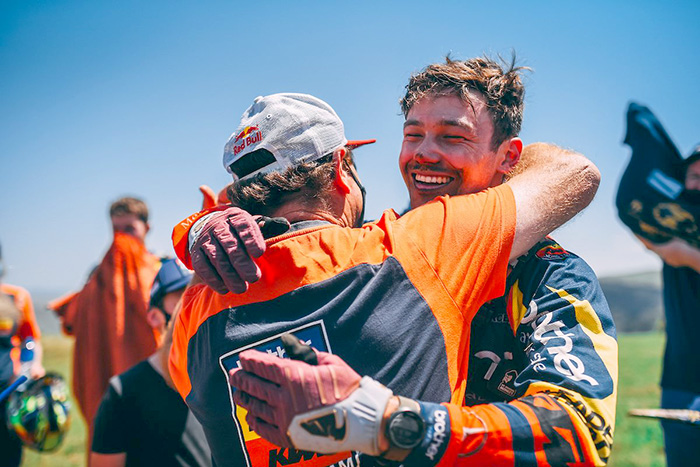 Brother Leader Tread KTM’s Bradley Cox and Charan Moore have officially been crowned 2020 National Cross Country champions. The riders received top honours in KwaZulu-Natal this weekend as the series ended with an exciting double-header round in Mid-Illovo.

The victory marked a significant milestone for Moore who snatched up the first OR1 national title of his career. Having only been recruited by the team at the start of the 2020 season, the rider has bolstered his status as one of the front runners in this sport. 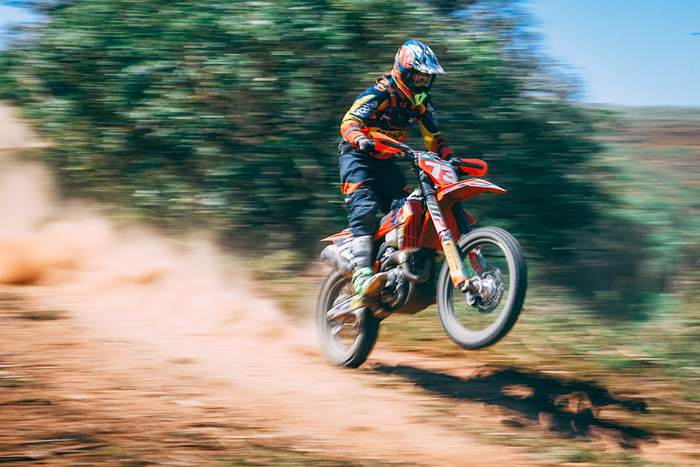 “I put everything I had into this championship. This KTM family and team made it all the sweeter! Thank you all for helping make this possible,” said an elated Moore.

Brother Leader Tread KTM teammate Bradley Cox stormed to national OR3 glory for the second time in his career. Drawing on the inspiration of his father and racing legend Alfie Cox, the young multi-disciplined talent has been determined to make a name for himself in all facets of South African motorsport. 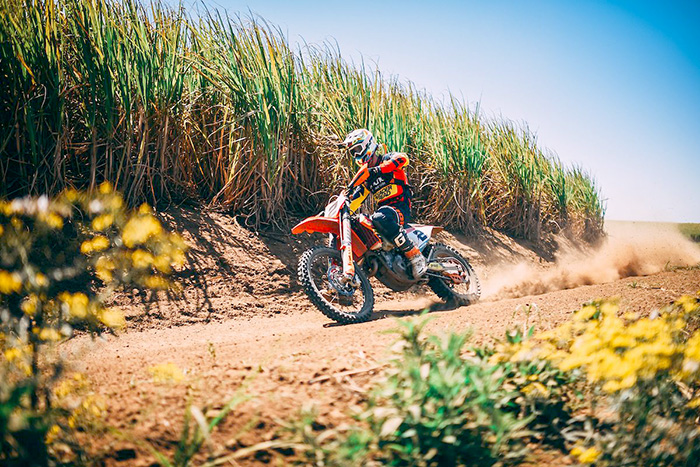 With his sights set on dreams as big as racing the Dakar Rally in the near future, the victory this weekend was an important steppingstone for Cox.

“It takes a village to make this dream happen - thanks to everyone who has been a part of my circle! Hours and hours of hard work goes into this and to see it payoff is always so rewarding,” commented Cox.

A cherry on the top of what was a phenomenally successful season for the team was a second place from Jarryd Coetzee. The OR2 rider fought tooth and nail to defend his 2019 title and will certainly return to try reclaim the top step next year.

“What a season it’s been! From not knowing if we’d even be able to race again this year, to walking away with the OR1 and OR3 National championship – it is a big blessing for the team! 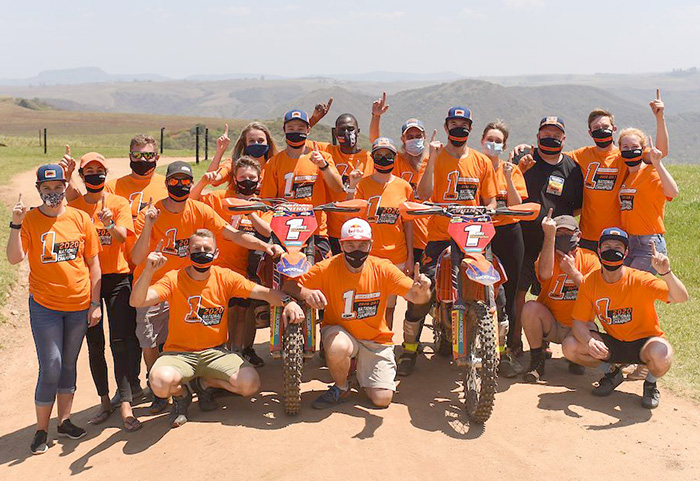 I am so proud of the riders and the team for all their hard work and dedication throughout this challenging year. It was a demanding weekend of racing, but everyone gave 110 % and it payed off in the end. We will now regroup and start planning for the 2021 season. Thanks so much to all our riders, their family and everyone in the team for all the sacrifices that made this dream come true for everyone,” said KTM South Africa’s Marketing Manager Louwrens Mahoney. 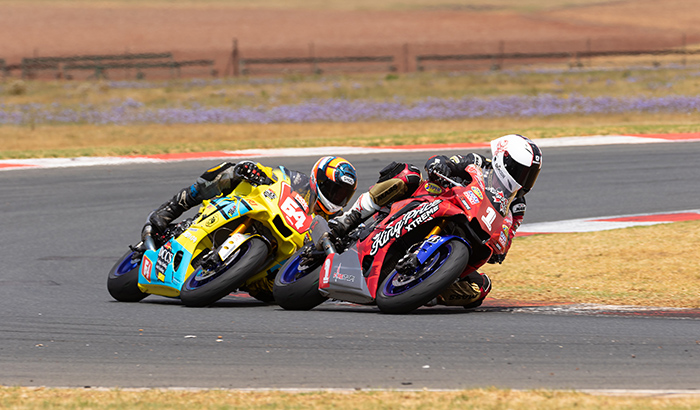 Otto wraps up the 2020 SuperSport 600 championship 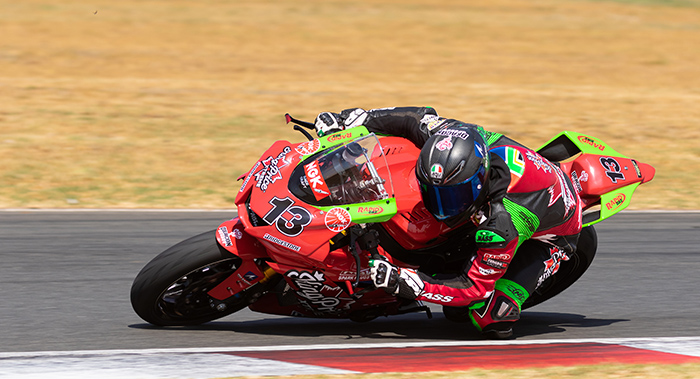 In Friday’s qualifying sessions, it was Seller, riding with an injured hand, who set the early pace. He led the way from the first of the Bridgestone SuperBikes piloted by Damion Purificati (Andalaft Racing/Amalgum Welding BMW S1000RR). Seller’s closest rival in the championship race, David McFadden (RPM Center/Stunt SA/Lights by Linea Yamaha R1) ended the first session in third with Blaze Baker (JBR/Rapid Bike Kawasaki ZX10R) in fourth. Otto was the fastest of the 600s, just over half a second quicker than Iozzo. Conditions were slightly better in the second session, with all the riders improving their times. Again, Seller led the way, this time from Vlok with Purificati in third and leading the Bridgestone SuperBike brigade. Iozzo got the better of Otto to lead the way in the 600 class. The wind had picked up in the final session, making things difficult for the riders. Seller elected not to go out, trusting that the time he set in Qualifying 2 would be good enough to keep him at the top of the combined timesheets. Although Vlok went quicker in the final session, he couldn’t get the better of Seller and had to settle for second place on Saturday’s grid. Purificati ended in third with McFadden, Baker and Iozzo filling the second row. Otto was next up ahead of Luca Bertolini (Izinga Worx/Willcom Racing Yamaha R1) and Brett Roberts (Lights by Linea/RPM Center Yamaha R6). Nicole van Aswegen (Gem Auto/Andalaft Racing Ducat) headed the fourth row of the grid with Sifiso Themba (King Price Extreme Kawasaki ZX10R) and Ian Thomas (SA Compressor Hire Kawasaki ZX10R) alongside her. 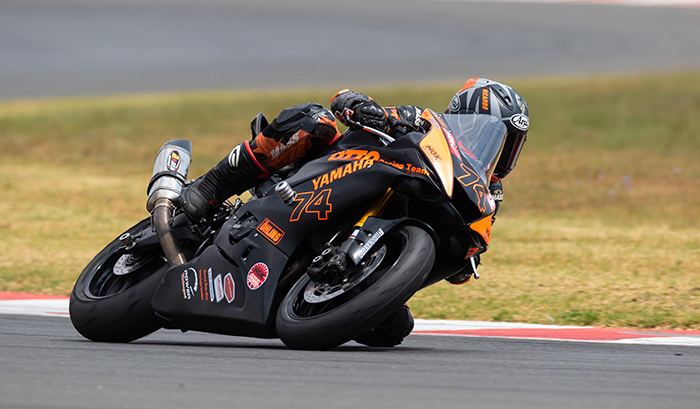 In the opening race, Vlok and Seller opened a gap from the start, with the defending champion leading the way. The pair were never separated by more than a couple of bike lengths, but the defending champion was just able to hold off Vlok’s bright yellow Yamaha. Behind them, Baker, who got a great start, occupied third ahead of the early dice between McFadden, Iozzo and Purificati. A couple of laps into the race, Purificati had moved up to fourth but then lost the front of his BMW and crashed into retirement. Just as it looked like McFadden was starting to close the gap to the leaders, an old nerve injury returned to spoil his chances of a good result. The Capetonian was unable to exert much power with his right hand, making it difficult to brake. Because of this, Iozzo was able to get away and when McFadden ran off the track, Otto was able to get through. McFadden was able to get back past Otto but couldn’t do anything about the gap to Iozzo. Bertolini, Roberts and van Aswegen were having a battle a little bit further back before Roberts and van Aswegen clashed, sending both of them into retirement. Behind the leading duo, Baker had a lonely race to third with Iozzo the leading 600 in fourth. McFadden managed to hang on to take fifth ahead of Otto with Bertolini, the second of the Bridgestone SuperBike competitors, in seventh. Thomas just managed to get the better of Themba in their race-long duel to take eighth.

In Race 2, Vlok grabbed the lead from the start with Seller, Baker and McFadden tucking in behind him. As they did in the first race, Vlok and Seller soon opened a gap over the rest of the pack. Seller got through into the lead after a couple of laps in Vlok’s wheel tracks, but could not pull away with Vlok looking for a way through almost every lap. While they were running away at the front, Baker again settled into a lonely third place ahead of McFadden, Purificati and Iozzo. McFadden’s nerve problems returned and he pulled into the pits after running off the track again, leaving Purificati and Iozzo battling for fourth on the road. Behind them, Otto led Berlotini until the halfway mark, when the bigger bike was able to find a way through and pull away. Roberts, whose crew worked hard between races to get his bike back together after his crash, was just ahead of Themba and Thomas, who had resumed their first race battle. This, unfortunately, came to an end when the clutch on Themba’s Kawasaki cried enough. Just after the start of the final lap, Seller had opened up a gap that looked like he might be able to hold until the flag but then disaster struck for the King Price Extreme man when his bike stopped on the exit of Turn 6. Vlok just avoided running into the back of the slowing bike to take the lead and his first national SuperBike win half a lap later. Baker crossed the line in second ahead of Iozzo, who got past Purificati on the final lap. Bertolini took fifth ahead of Otto and Roberts with Thomas in eighth. Despite not finishing, Seller had done enough to be classified in ninth. 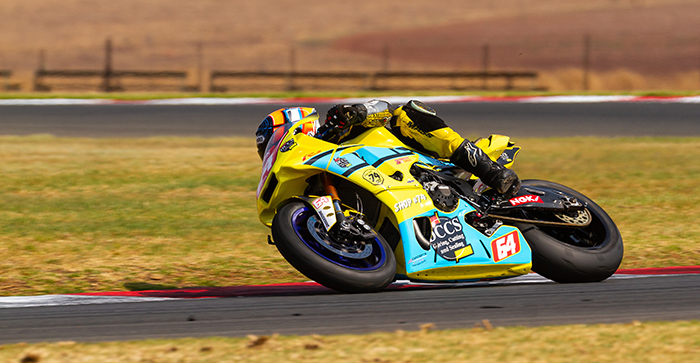 Vlok took the overall SuperBike class win from Baker and Seller. Iozzo ran away with the SuperSport 600 class ahead of Otto and Roberts while Bertolini took another Bridgestone SuperBike win from Thomas and Themba.

The final round of the NGK SA SuperBike series supported by Bridgestone will take place at Port Elizabeth’s Aldo Scribante Racetrack on 30 & 31 October 2020. 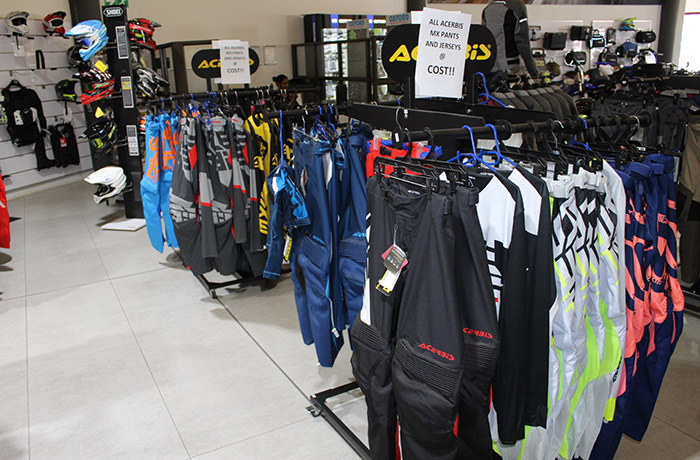 Without doubt one of the biggest names in off-road motorcycle apparel is Acerbis, and now we bring you some fantastic news.

If you visit the posh Linex Lifestyle centre you’ll be able to buy any of the items pictured here at cost price, saving yourself between 20-30% off the retail price, which is nice.

Obviously, these items won’t stay around for long so make sure you grab them while this sale is running, maybe today?

Call: (011 251 4009/4000) Visit www.linex.co.za for more offers and all Yamaha products.   This email address is being protected from spambots. You need JavaScript enabled to view it.