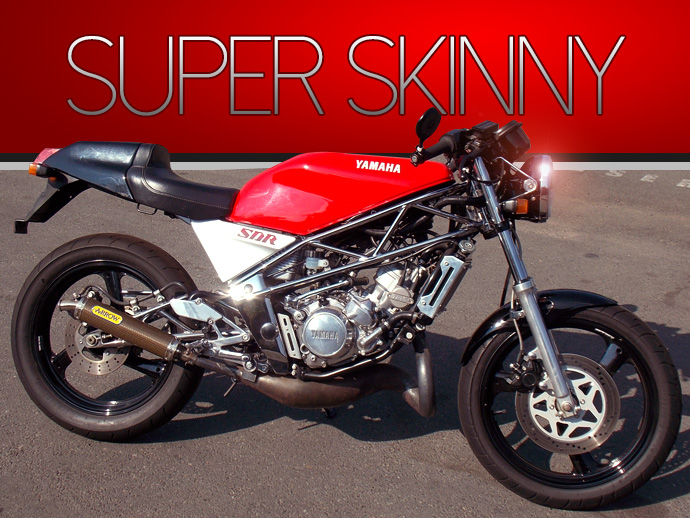 As far as rare classic motorcycles go you won’t be able to find many as rare as this cute little beauty. Why is that you ask, it’s just a small Japanese two-stroke? Well, they were only made between 1986-1987 and were only intended for the home-grown Japanese market, but a few ‘escaped’ overseas, like this one we found in Pretoria.

I’d imagine that the Yamaha engineers woke up one morning after a night on pints of sake wine and decided to bastardize their road-enduro DT200R model into this, well the engine at least, which is identical to the DT except for the addition of a relatively huge 28mm flat-slide Mikuni and a previous owner added a full Arrow system race pipe as well to this specific model. The end result is a claimed 35hp, not too bad at all from only 200ccs. Obviously the DT frame wouldn’t work on a svelte road bike so the Yamaha guys fabricated this gorgeous chrome-moly chrome plated trellis frame and swing-arm, with minimalist bodywork. Now does this look special or what and, some say, it’s where Ducati took their inspiration from for the first Ducati Monster in 1992. I’m inclined to agree, and you?

The end result is a bike as thin as a catwalk model with a large dose of anorexia that weighs only 105kg (dry), the bike that is. Combine that with 35hp and you have a surprisingly quick little monster that will scream to a claimed 160km/h, or the good ol’ 100mph, or magic ’ton’, if you happened to own one in England or the US of A. Impressive! No wonder it was fondly labelled ‘The Whippet’, which is another name for a Greyhound type racing dog, if you didn’t already know.

To ride the SDR200 is quite a comical experience and I mean that nicely. It is so tiny and thin due to it’s 9.5-litre fuel tank, with quite a kick coming from the liquid-cooled YPVS (Yamaha Power Valve System) single, especially when the classic grin inducing two-stoke power-band abruptly arrives. It’s also super-smooth and the six-speed gearbox has similar friendly attributes. Even in today’s world this feisty two-stroke would make for one hyper-fun commuter that’s for sure, shame that new two-strokes are extinct on the road, right? And as far as handling goes, well, it’s what you’d expect from a frame as heavily braced as this, so no explanation needed there. On the other hand the small front disc could be better, but that’s 1986 braking technology for you compared to present day offerings.

So it’s rare, runs perfectly and, in pristine condition, I’d imagine you’re wondering what the value of something like this is by now? Well I had a quick play on the Internet and found one in the USA in similar condition for $4,000, so you’ll most certainly need a wallet that’s not so thin to own a SDR200 in 2016. 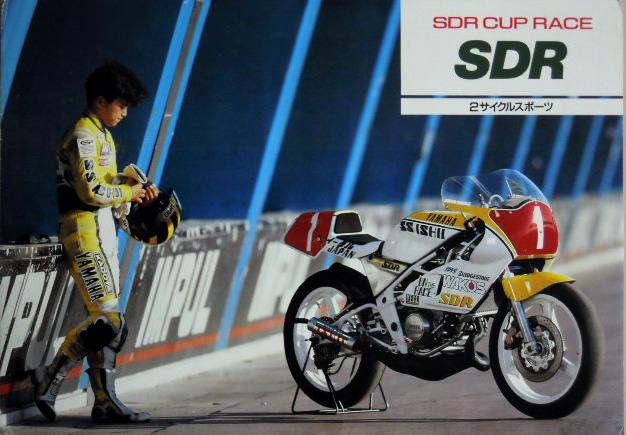